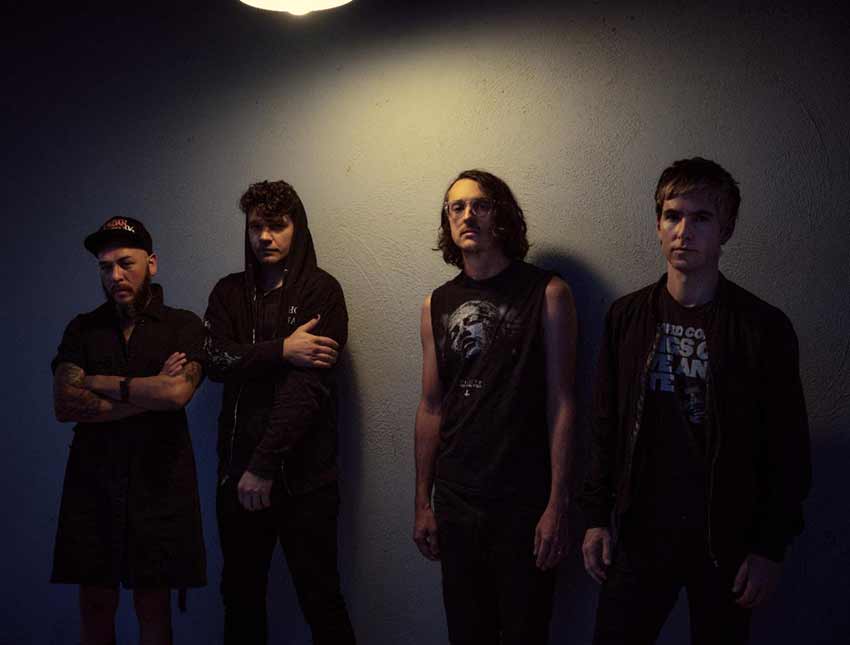 Austin, TX multidimensional trio Glassing are getting ready to release their third full-length album titled ‘Twin Dream’ on November 5th through Brutal Panda Records (pre-order). For a taste of the impending offering, check out new song dubbed “Burden” below.

A presser states, “The album is a sonic mirror of our era and nothing short of immense, ranging from grim to hopeful to destructive to cathartic, oftentimes all within a single song. Throughout Twin Dream, GLASSING channel multifarious energies that delve deep into the Underland while simultaneously exploring the celestial.”

Of the song and album, vocalist/bassist Dustin Coffman comments, “This song began when Cory sent Jason and myself a collection of riffs and song ideas during quarantine to work with for when we got back into the studio after finishing up with “Spotted Horse”. Some of them were left as rough ideas but the opening riff of this song in particular stuck out to us as being staggeringly cool in its simplicity. Around this time I was going through some personal changes with people very close to me and the lyrics of this song began strictly as an artistic outlet during a rough period. It was only later, when the poems became lyrics, did I realize my words were all one big projection of my own insecurities at the time. The product of emotional dishonesty, the line “Is your heart not in this” was a message to myself and another hopeless way of making amends. This is the reason I chose to speak the words rather than scream them at the very end of the song, they needed to be crystal clear so the message to myself could be heard.”