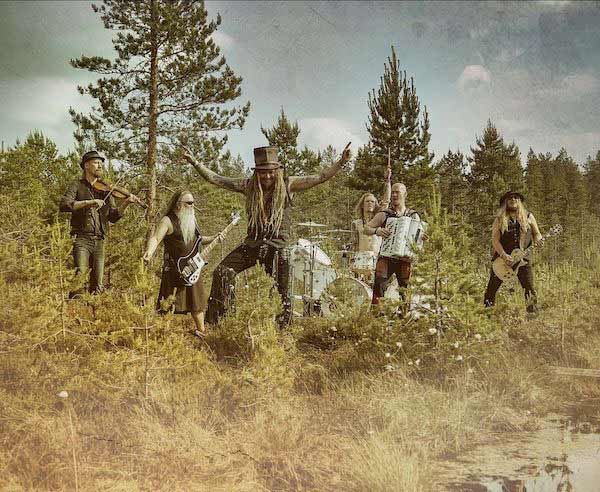 Finnish folk metal masters Korpiklaani have released a video for their cover of the Anthrax track “Got The Time,” which has been converted into a tune called “Ennen” — watch the clip (shot by Markku Kirves and starring actor Yrjänä Ermala) below. The track came to fruition during the band’s ‘Jylhä’ studio sessions.

Korpiklaani’s Jonne comments, “This was the first time a video producer encouraged us to drink while on a video shoot and we were very happy to do as directed!”

Kirves adds, “Our old man wakes up and feels dizzy after last nights party. Suddenly, a knock on the door. Memory is weak and because he sees only blurry figures walking around the house, he decides to hide. But is there anything to drink…”