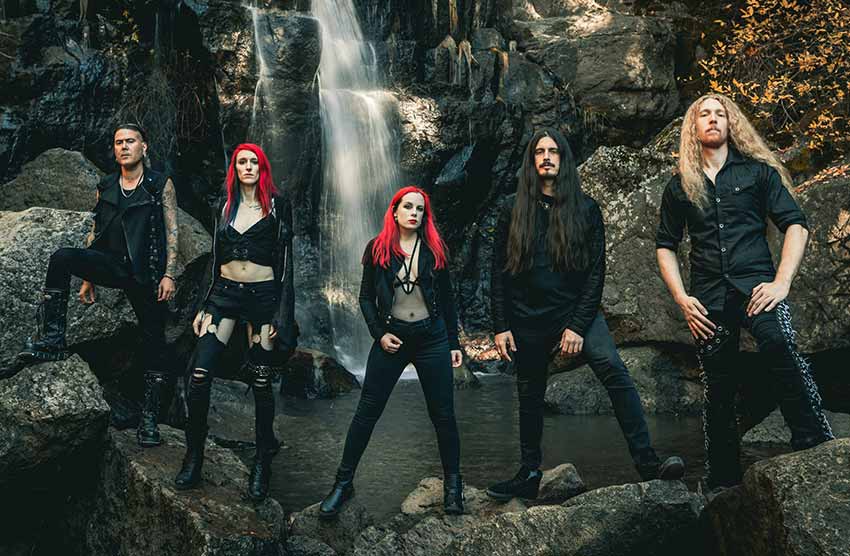 Sacramento, California-based symphonic metallers Graveshadow have released their new video single, “The Swordsman,” which you can check out below. The track, featuring guest vocals from Chelsea Murphy (Dawn of Ouroboros, Cailleach Calling, Tegmentum), appears on their impending studio album, ‘The Uncertain Hour,’ which officially drops on July 15th, 2022 via M-Theory Audio (stay tuned for pre-order info).

“I’m really excited to release ‘The Swordsman’ which has kind of snuck up on me as another favorite off the record,” comments Graveshadow vocalist Rachl “Raxx” Quinn. “The interplay of the clean and harsh vocals was something I was thrilled with the outcome on. The way they support each other really adds a great dynamic to the song. As a band it was great to have Chelsea guest on the track, her performance is absolutely incredible!”

In more news, Graveshadow are gearing up for their west coast tour with Oregon’s Vintersea this July. The outing kicks off in Tulare, CA at Barmageddon on July 15th (to celebrate the release of ‘The Uncertain Hour’) and storms through venues in Los Angeles, San Diego, Oakland, Seattle and more. All dates are listed after the clip.