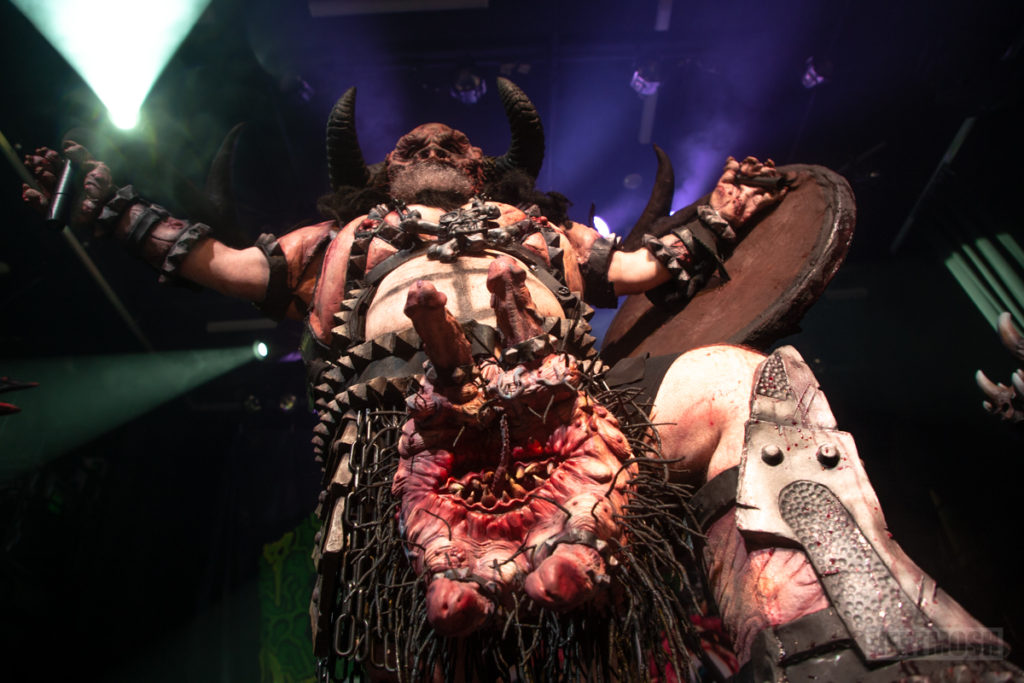 Intergalactic metal monsters GWAR have announced the first leg of ‘The Black Death Rager World Tour,’ with an invasion in Europe for the first time in almost three years. See all announced tour dates below.

Today’s trek announcement reads, “The tour kicks off July 29th in Tilburg, Holland and runs through August 18th in London. In addition to the GWAR headline shows, the tour also features stops at the Free and Easy, Wacken Open Air, Pol’land’Rok and Bloodstock Festivals.”

They add, “Fans can expect to hear all their GWAR favorites and blistering new tracks from the band’s new album which will be released June 3rd on CD and Digital, and on September 16th on Vinyl and Cassette via GWAR’s own label Pit Records. The art was created by Alex Horley.”

Band spewer The Berserker Blothar commented, “Ah, Europe, the Old Country. We shall sweep across the continent like the plague, bringing pestilence and death and our unquenchable thirst for heavy metal glory.”

Regarding the new album, ‘The New Dark Ages,’ it releases on June 3rd on CD Digital, and on September 16th on vinyl and cassette. The forthcoming LP was produced by Ronan Murphy and features artwork by Alex Horley — pre-order here.

Here’s more info from a presser, “The album concept is tied to a companion graphic novel, “GWAR In the Duoverse of Absurdity,” which will be released by Z2 Comics on June 3rd. In the graphic novel the band are sucked off into an alternate universe to do battle with their evil twins and the specter of rogue technology. On “The New Dark Ages” our heroes floorboard it through a kaleidoscope of hard driving heavy metal, and rock-n-fucking roll, building on their hilarious mythos, introducing cool new characters, and cataloging mankind’s hapless abandonment of their passions, rituals, and beliefs.” 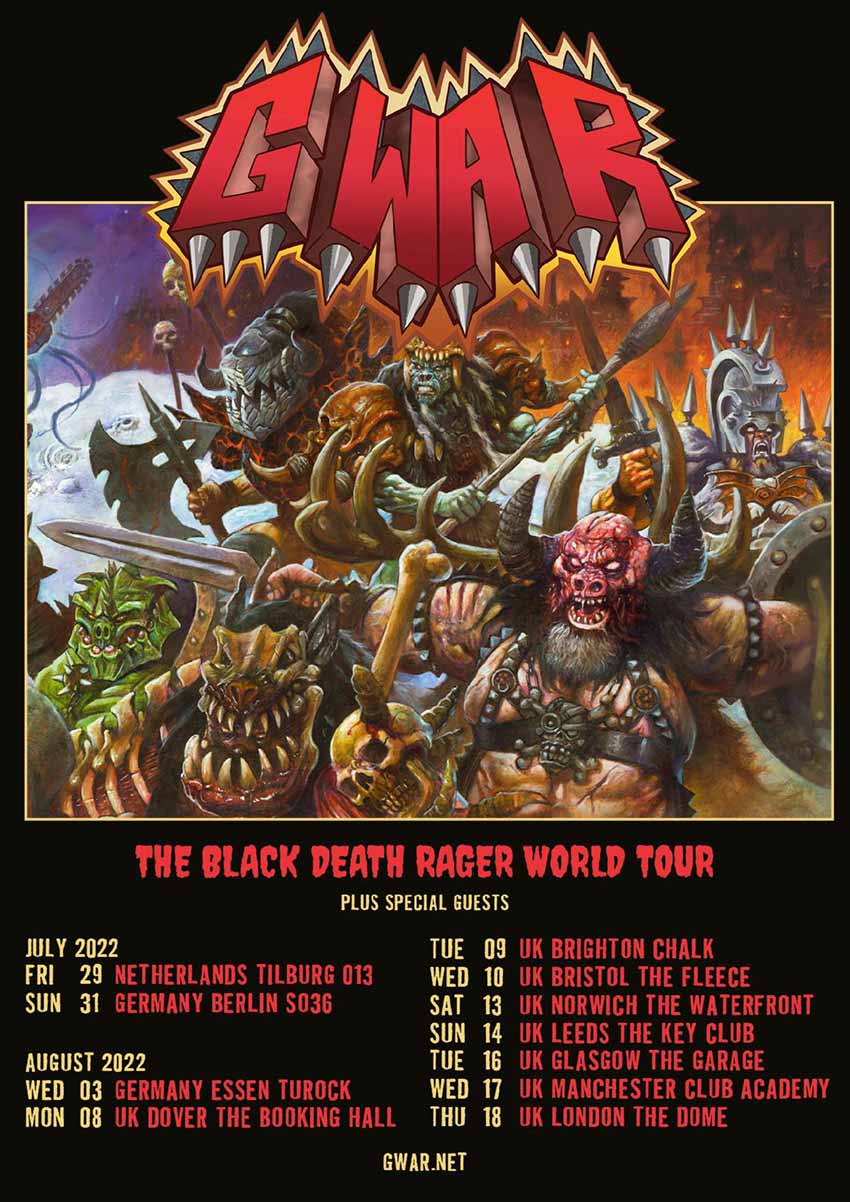