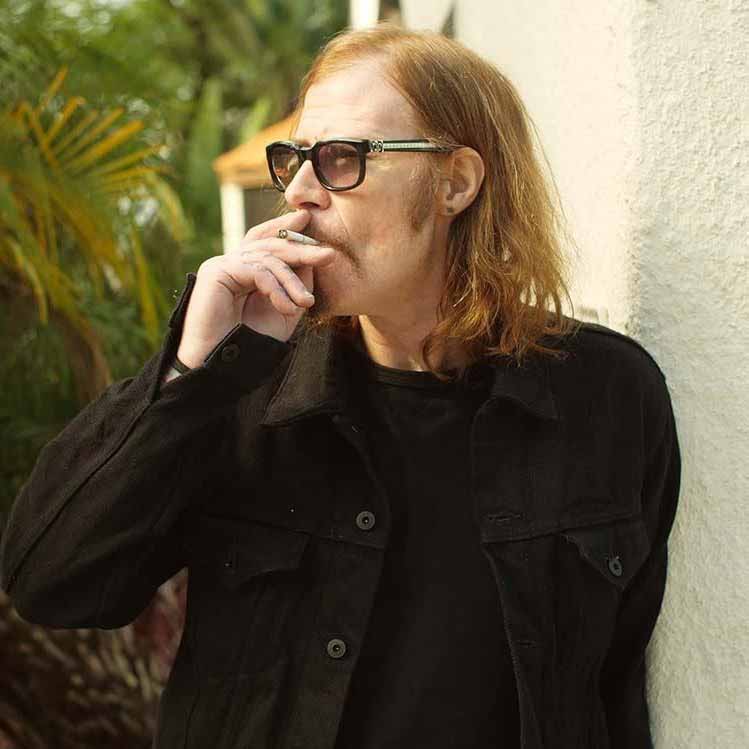 Washington-born singer, songwriter, author and musician Mark Lanegan – known for his work with Screaming Trees, Queens of the Stone Age, and The Gutter Twins – has sadly died at the age of 57. Cause of death has not been revealed.

A message on Mark Lanegan’s official social pages released today (February 22nd) reads:
“Our beloved friend Mark Lanegan passed away this morning at his home in Killarney, Ireland. A beloved singer, songwriter, author and musician he was 57 and is survived by his wife Shelley.
No other information is available at this time. The family asks everyone to respect their privacy at this time.”

Mark also released 12 solo studio albums since 1990 (with his last being 2020’s ‘Straight Songs of Sorrow’), along with three collaboration albums with singer-songwriter, cellist and composer Isobel Campbell of Belle & Sebastian and two with English multi-instrumentalist Duke Garwood. During his time in Screaming Trees, Lanegan contributed to seven studio albums and five EPs before the band split up in 2000.

Performing with QOTSA, Lanegan was featured on their albums ‘Rated R,’ Songs for the Deaf,’ ‘Lullabies to Paralyze,’ ‘Era Vulgaris,’ and ‘…Like Clockwork.’ Throughout his career, Lanegan also collaborated with grunge greats like Kurt Cobain of Nirvana, Layne Staley of Alice in Chains, and Mike McCready of Pearl Jam.

The Gutter Twins is a musical collaboration between Lanegan and Ohio musician Greg Dulli of The Afghan Whigs and The Twilight Singers. The rock duo released one studio album in 2008 titled ‘Saturnalia,’ featuring the singles “Idle Hands” and “God’s Children,” and one digital EP, also in 2008, dubbed ‘Adorata.’

Last year, Lanegan contracted COVID-19, which left him in a three-week coma and temporarily deaf. Lanegan’s terrible battle with the contagious disease is detailed in his recently released book, ‘Devil in a Coma.’

RIP, Mark. See a slew of tributes below.

I love you. Rest In Peace Mark Lanegan, my brother. No words. Heartbroken. pic.twitter.com/nQblLQNjnA

Mark Lanegan is my favorite singer. Dark and unabashedly fucked up, and his voice and words reflected it wholeheartedly—exactly as he intended. I am so grateful for his entire body of work, music and books alike. Sending hugs and support to all who loved him today. 🖤

Now they are together,
RIP Mark Lanegan 💔 pic.twitter.com/WCScGqHUnb

Oh no. Terrible news that Mark Lanegan has left us. Safe travels man – you’ll be missed 💔

I am so profoundly grateful to have had the chance to make music & become friends with Mark Lanegan. Few artists ever achieve the level of honesty & authenticity that he did.
He was absolutely brilliant.
Godspeed my friend. 🖤

Incredibly shattered hearing the news that one of the truly great singers and songwriters, Mark Lanegan, has just passed. What a voice. Speechless. pic.twitter.com/sdL1xZ3o0r

The news that Mark Lanegan has left us at 57 is truly, truly crushing. Impossible to find the right words but he was always extremely generous and his praise throughout the years always meant the world.

He also wrote some incredible music.

Mark Lanegan, R.I.P.
‘Singles’ soundtrack introduced me to Screaming Trees, still such a hugely underrated band. Over time, his voice grew grizzled, as did his post-Trees music. It was always fascinating to hear what he was up to, especially with Gutter Twins or Isobel Campbell.

Mark Lanegan was a supremely gifted performer, songwriter, artist and author, and we are devastated to hear he has passed away. He will be deeply missed. His art will endure and only grow in stature. This is a colossal loss and our thoughts are with his family at this time. https://t.co/maXVCzcjBb pic.twitter.com/GpsRAubRoY

I can’t believe Mark Lanegan has died, RIP to a legend

Hearing about Mark Lanegan passing away has properly stopped me in my tracks. I’m absolutely gutted. Met him on a couple of occasions and I was nervous because I loved him so much. He was a perfect gentleman, really kind. One of THE great singers of the last 30 years. So sad 💔

We lost a brother today. Mark Lanegan was an incredible voice, spirit and talented soul. This was taken at his studio right when I went to say goodbye to him and his wife Shelley before they moved to Europe. We will miss you my friend. pic.twitter.com/YDX05hw8Hl

Mark Lanegan was a legend. A Seattle music icon. A writer with hardly any peer. Just a devastating, devastating loss.

RIP to one of the best to ever do it.

Mark Lanegan was a lovely man. He led a wild life that some of us could only dream of. He leaves us with fantastic words and music! Thank god that through all of that he will live forever. RIP Mark. Sleep well. Love Hooky. X pic.twitter.com/Xnx76y68YC

Mark Lanegan was one of the very best. If you’ve never heard Screaming Trees or his solo stuff, do yourself a favour. RIP pic.twitter.com/JcNuH7pD4K

Featured photo via
References via