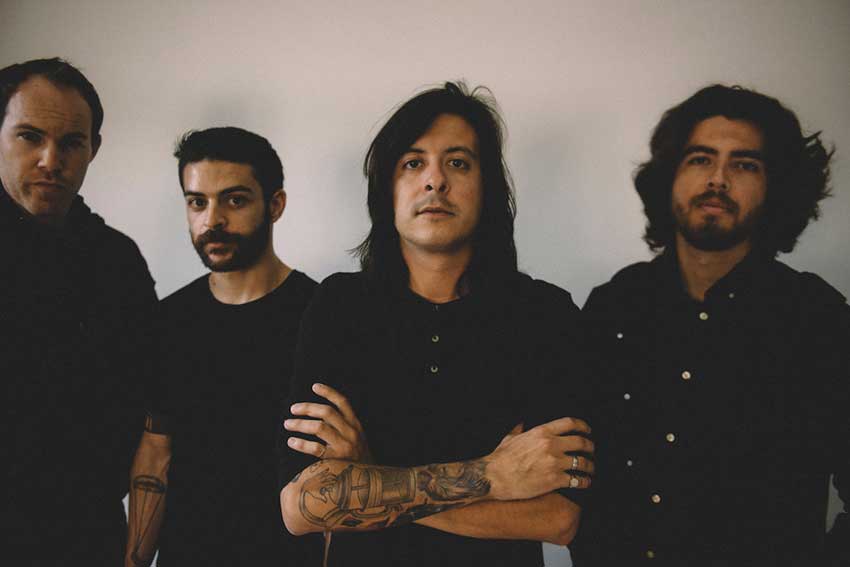 On the heels of the release of their new album ‘New Age Filth’ this past April, California post-hardcore act Hail The Sun have announced new North American tour dates for this fall.

“Presented by Equal Vision Records, the tour will also feature the openers Kaonashi, who will release their debut album on May 21st via EVR, as well as Kurt Travis and Body Thief,” notes today’s announcement. “Pre-sale and VIP tickets are available for purchase now at iconicticketing.com and general tickets go on sale May 21st at 10AM local time.”

See all announced gigs below. 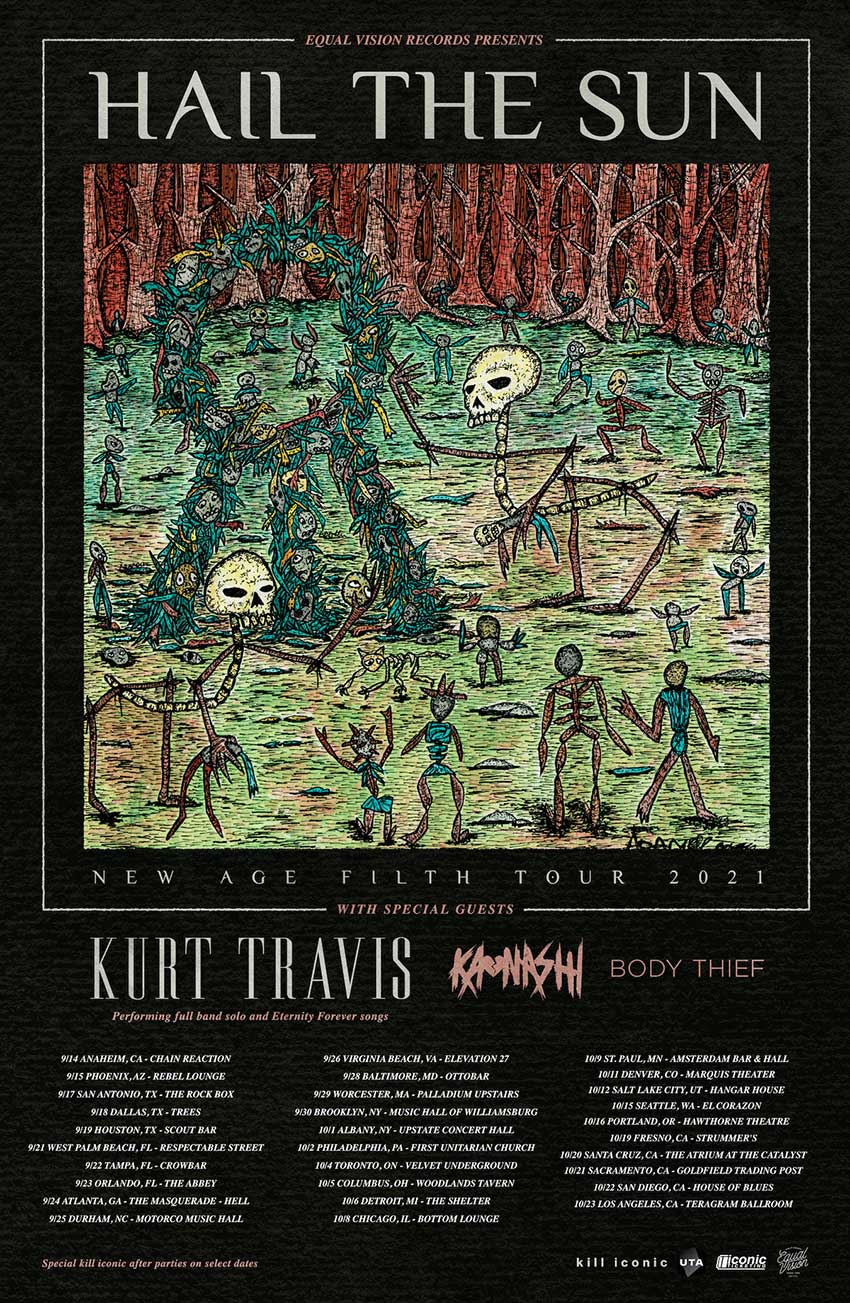 Here’s more info from a presser:

When Hail The Sun entered the studio to record what would become ‘New Age Filth,’ they knew they were setting out to make their most collaborative and diverse album yet. Consisting of Donovan Melero (vocals/drums), Aric Garcia (guitar), John Stirrat (bass) and Shane Gann (guitar), the band spent a month living in an apartment attached to producer Kris Crummett’s (A Lot Like Birds, Nova Charisma, Dance Gavin Dance) studio which provided a much different experience from the creation of prior albums. The ten songs on New Age Filth showcase the band’s post-hardcore roots blended with elements of alternative and progressive rock, proving the band’s ability to be extremely technical in instrumentation while also unleashing some of the catchiest hooks they’ve ever created. The lyrics, penned by Melero, center around the theme of reflection, weaving through painful and emotional experiences of love, cynicism, and touching on how awful humans can be to one another.

Having sold through nine vinyl variants of the album and seeing an overwhelming response from fans and critics alike since the release of the album, ‘New Age Filth’ marks a milestone for Hail The Sun. As they prepare to hit the stage performing these songs for the first time live, they are eager to give their audience a dynamic and memorable experience.