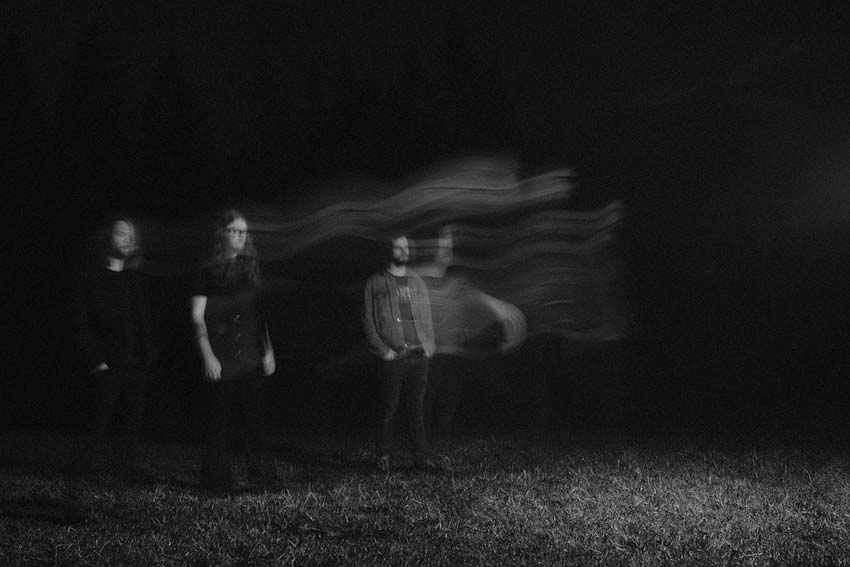 Canadian hard rock act Hail The Void have officially signed with Ripple Music for the release of their second full-length album later this year.

“HAIL THE VOID are a Canadian hard rock band forged in the flames of the coronavirus pandemic,” states an official statement. “The band came together to play original material in December 2019 with Kirin Gudmundson on guitar and vocals, Dean Gustin on bass and Lucas McKinnon on drums. Within a month, they had recorded their self-titled debut LP, which received critical acclaim and landed them consecutively at #4 on Doom Charts in June and #27 on Doom Charts for the best of 2020. Now they’ve signed with Ripple Music under the mentorship of the one and only Blasko.”

About this new signing, Blasko declares: “Hail the Void released one of strongest debuts I have ever heard. The lead single ‘Parasite ‘was one of my most listened to songs of the year. I am beyond excited to work with these dudes on their sophomore release. Expect to see big moves from Hail the Void in the years to come!”

A presser adds, “The band’s sound fuses the psychedelic magic of acts like Pink Floyd and All Them Witches with the classic doom of Electric Wizard and Windhand. Their drop-tuned riffs provide the backdrop for themes exploring societal frustration, antitheism, nihilism and mental illness. Hail The Void’s self-stated goal is to make listeners realize that the true horror and doom of this world, consistently and without fail, comes from the primitive and instinctual mind of man, and his blind ignorance to the one true master towhom we all must submit, the void.”

Stay tuned for more info on Hail The Void and their Ripple Music debut record. The band recently released a live performance dubbed ‘Live at Silversound,’ which you can watch in full below.