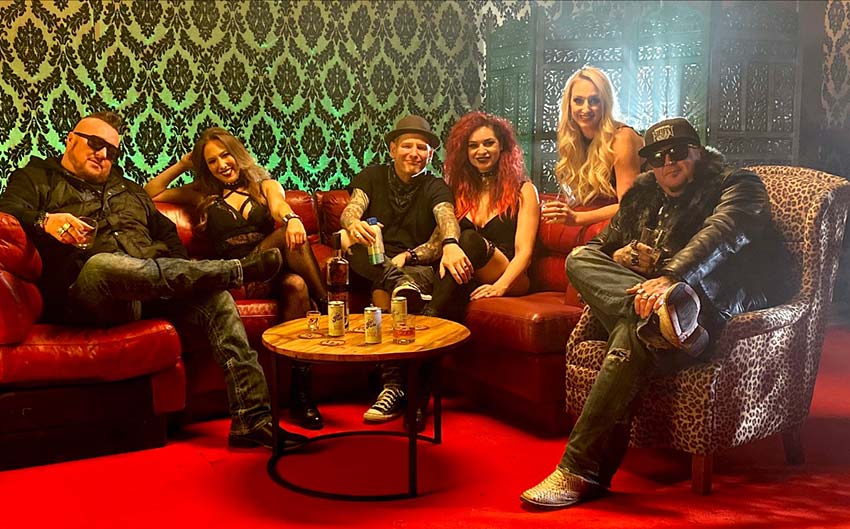 Los Banos, California country rap/rock group Moonshine Bandits – composed of Dusty “Tex” Dahlgren and Brett “Bird” Brooks – have premiered (via Loudwire) their new music video (directed by Josh Fields) for track “Live The Madness,” which features an appearance from Corey Taylor of Slipknot and Stone Sour fame — check out the clip below.

“The concept behind ‘Live the Madness’ is to live your life full throttle,” the band tells Loudwire. “Always be willing to take that risk and challenge yourself. Celebrate life to its fullest extent. We wanted this song to have an energy that encourages people that it’s ok to go out and raise a little hell.”

A press release adds, “Since their formation in Los Banos, California in 2003, Moonshine Bandits have continued a campaign of crossover, genre-bending musical mayhem that appeals to the eclectic, color-outside-the-lines tastes of listeners, aka The Shiners, and they fiercely refuse to have their tastes confined and filed into categories.”

“Our musical style has always been full throttle and in your face,” adds Tex. The presser continues, “Just like the rumrunners, bootleggers, smugglers, and outlaws of old, the Moonshine Bandits provide a supply of the goods for the demand, defying the mandates and trends of mainstream pop culture.”