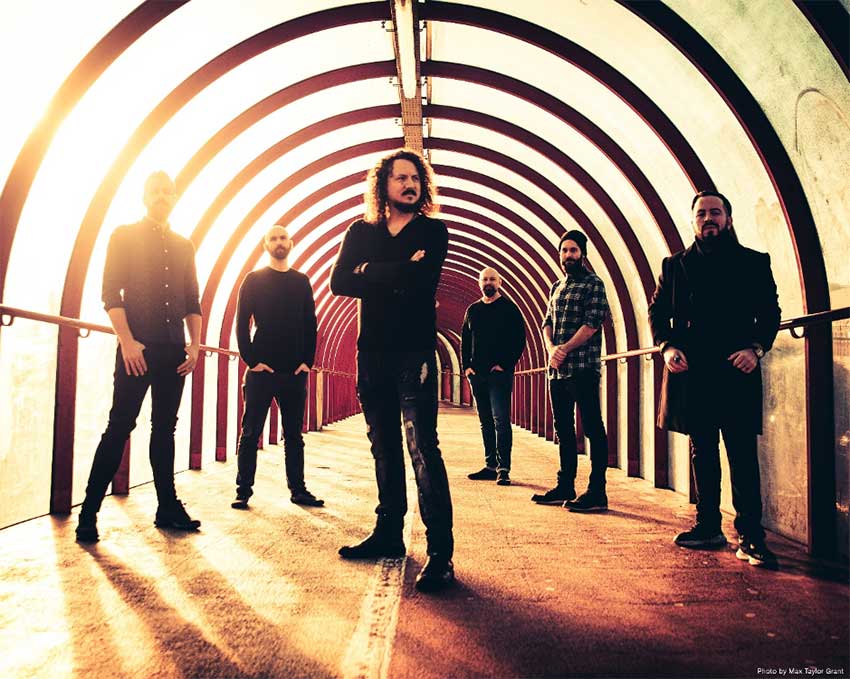 Progressive rockers Haken are excited to reveal their new studio album ‘Virus’, the follow-up to 2018’s acclaimed album ‘Vector’, will be released June 5th, 2020. By way of introduction, the band have recorded a special video message to give some background to the record: https://youtu.be/_XMWVUQ93io


Today also sees the launch of the album’s first single and opening track ‘Prosthetic’, with a video directed by Vicente Cordero. Watch & listen to this punchy opening salvo here: https://youtu.be/4EmbYo65Pbs


The band comments: “Prosthetic was the first song we completed during the ‘Virus’ writing sessions and we always felt it would be the perfect opener for the album. It’s a very guitar heavy track with its roots in 80s thrash riffing, but with the unconventional rhythmic twists and turns we often like to explore in Haken. We sadly never had a Jeff Hanneman and Robert Fripp collaboration, but this song at least draws on inspiration from them both!

Lyrically the song is a bridge between our two albums Vector and Virus. The message was brilliantly brought to life by video director Vicente Cordero, who also beautifully captured the live energy of the band in a way that both enhances the song, and perfectly sets the scene for what’s to come.”

Since releasing ‘Vector’ in October 2018, Haken have completed headline tours the world over, played sold-out shows across Europe and North America as support for Devin Townsend and picked up a Prog award for their efforts too! All the while, they have been quietly, secretly working on the follow-up album, entitled ‘Virus’.

Drummer Ray Hearne reveals, “since releasing ‘The Mountain’ in 2013, one question has been asked of us time and time again, ‘who is the Cockroach King?’. This is something we were interested in exploring more deeply too, so we essentially did that through our music; elaborating and expanding upon the intervallic, harmonic, rhythmic and lyrical themes of that song. The end result is in an arc which spans across two albums: ‘Vector’ and ‘Virus’”.

Once again, Adam ‘Nolly’ Getgood has mixed what is perhaps the most eclectic Haken album to date, with the 7 tracks revealing hints of influences from multiple genres, all intertwined with Haken’s own recognisable sound. Guitarist Richard Henshall had this to say about the production, “Using Nolly again was a no-brainer, as we wanted the two albums to be sonically connected. But having just spent a day mixing with him in his studio, it’s obvious that this album will be an evolution of the ‘Vector’ sound. These songs seem to allow a lot more freedom of creativity with the production, so we’re excited to see where it leads”.

Longtime Haken collaborators, Blacklake, have designed the visuals and artwork and the album will be available as a Limited 2CD, Standard CD, Gatefold 2LP + CD & as Digital Album. Pre-order now here: https://haken.lnk.to/Virus 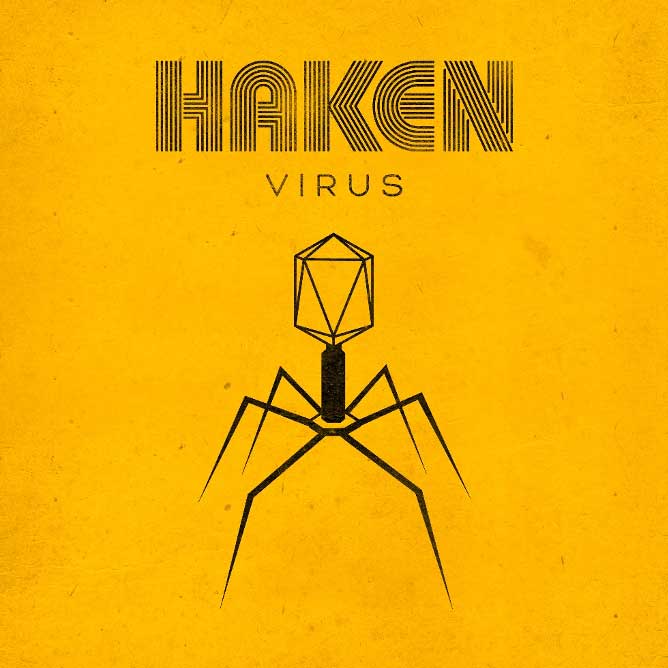 The track-listing is as follows:

‘Virus’ is the culmination of a musical thought experiment which started with the ‘Vector’ writing sessions in 2017 and holds intriguing potential for the band’s future, as vocalist Ross Jennings explains, “whilst ‘Virus’ can absolutely be enjoyed as a stand-alone work, it is thematically and conceptually linked with ‘Vector’, so our intention is to perform both albums back to back for a special performance someday”.