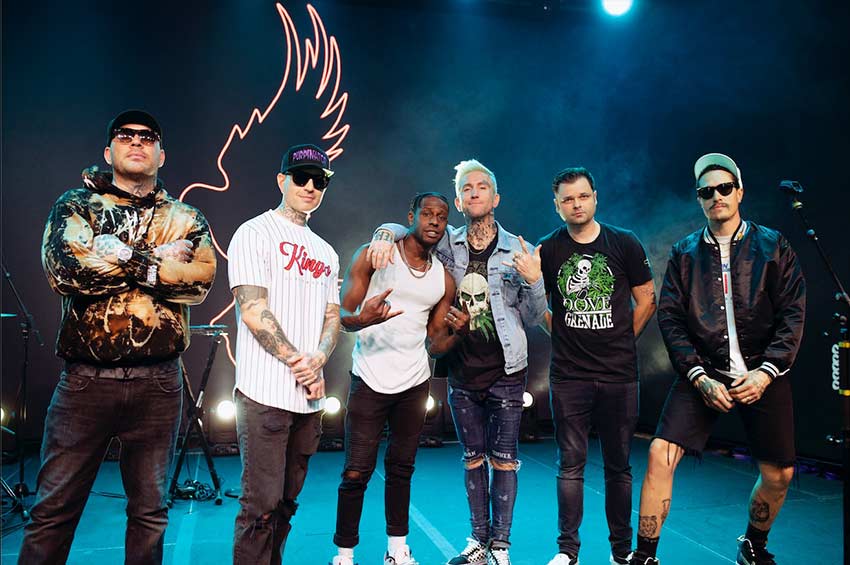 LA-based rap rock act Hollywood Undead have released a new live video for their track “Comin’ Thru The Stereo” featuring an appearance by Hyro The Hero. The clip was recorded during Hollywood Undead’s late 2020 ‘House Party’ streaming event — watch below.

“Ain’t no grave that can hold our coffin – we just a bunch of ghosts in ya stereo!” exclaims Hollywood Undead. “HUGE thanks to the homie Hyro The Hero for making this a special one.”

ICYMI, Hollywood Undead’s next virtual venture, ‘Undead Unhinged,’ airs on Friday, April 30, 2021 at 4PM PDT // 7PM EDT // Midnight BST and will be available to watch via video on demand for 72 hours. Get tickets here.