In addition, the band have now completed work on their upcoming covers album, which is set for release later this year though Golden Robot Records. Pre-orders will be available soon, check out the track listing below.

Grossi comments, “With SO many of these one time cash-grab “ALL STAR” projects that literally release a record that in most cases is recorded remotely and most of the time the “band” never even steps on stage with each other. Hookers & Blow are proud to be the real deal. We have been doing this (whatever it is) for almost 20 years and the record speaks for itself.”

As stated, more shows will be announced soon, check out the Texas tour flyer below. 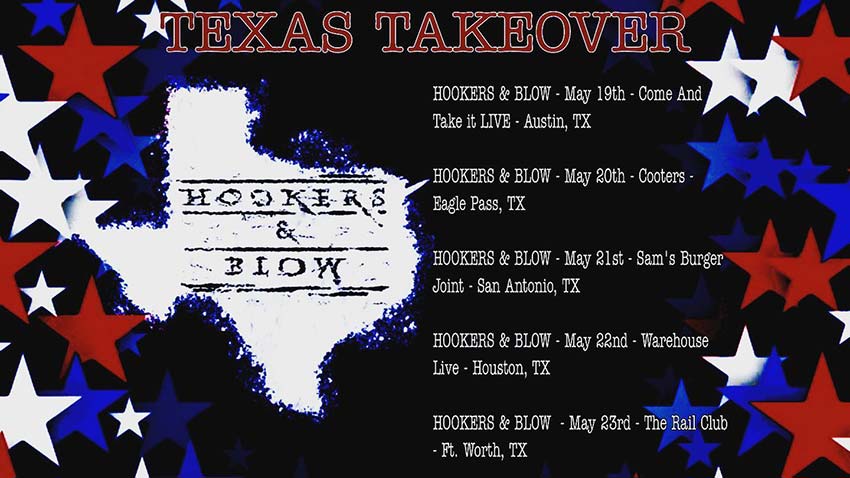