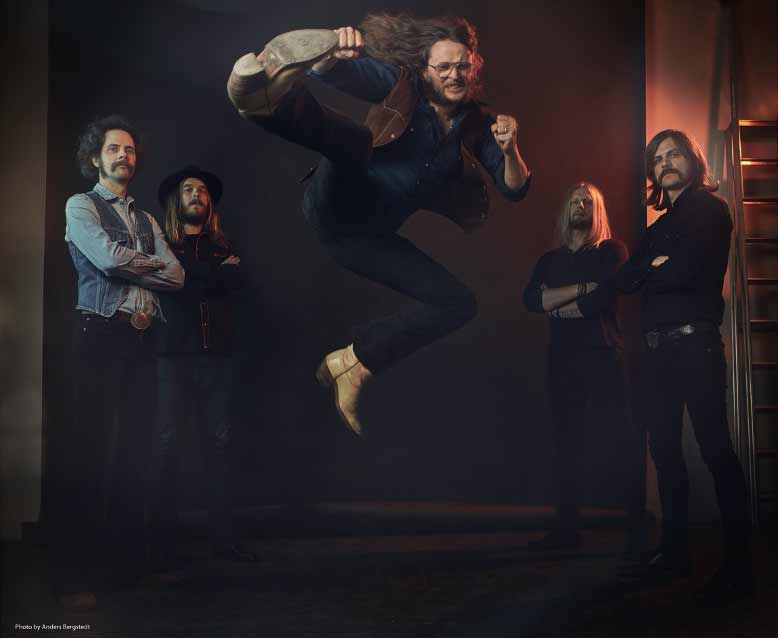 Sweden’s Horisont release their second cover track for ”Lion and the Lamb” by Phil Everly. Purchase and stream the track HERE [also embedded below].

“As big fans of country music we wanted to do a couple of songs that people might not expect from us. Still, we wanted them to sound like Horisont. So we set up at Let Them Swing Studio and hit the record button just to see where the songs took us. This is the result. Let Them Swing Studio is a recording studio in the countryside outside of Gothenburg, Sweden, owned and run by Kim and Malin. They rebuilt an old barn on their property and set it up for live recording. With no neighbors in sight, it’s an ideal place to make noise 24-7. A weekend mixed of relaxed creativity and fun,” states Horisont about the cover tracks.

Fans can also check out Horisont’s cover and music video for “Sheldon Churchyard”, which was released earlier this month, HERE.

Both songs are not part of Horisont’s acclaimed album Sudden Death, which was released in May of 2020.

Also Check Out: Voivod launch Kickstarter for documentary film ‘We Are Connected’