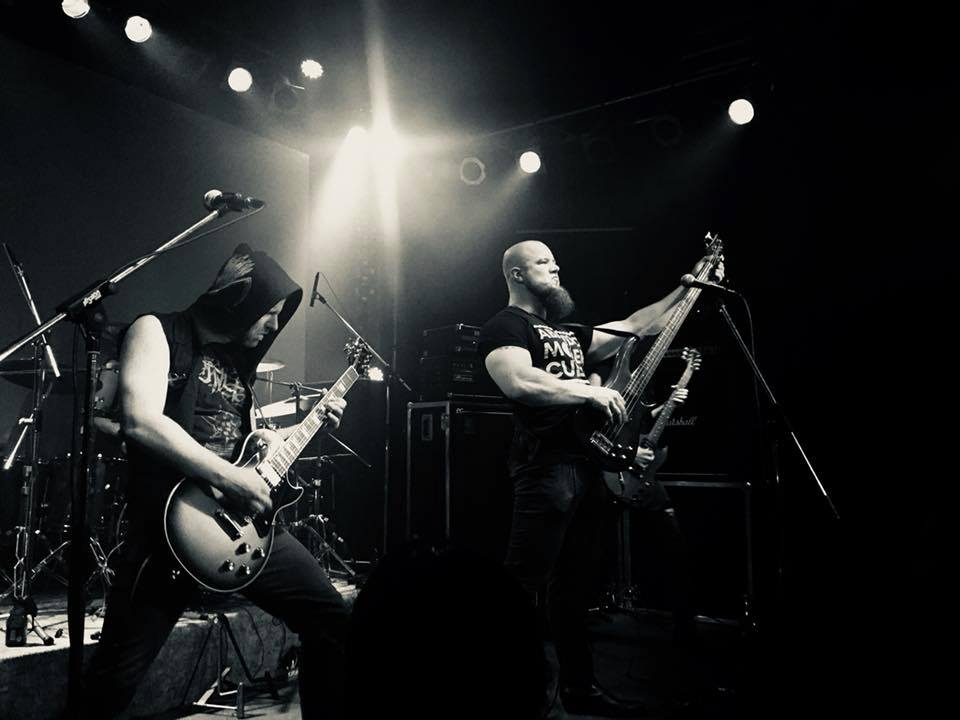 Since 2017, with the release of the album Turm am Gang and then the Retrograd mini-album a year later, Horn have aligned forces with Iron Bonehead, resulting in a refreshed taste of German steel. The Horn saga began in 2002, and throughout those many years, mainman Nerrath has been steadily perfecting a classicist, almost-medieval style of black metal bound to pagan roots. Staunchly solitary to the present day, the initial drive behind Horn was to create nature-themed black metal, focusing on the relation of man and nature in a regional context. The band’s old material, being mainly concerned with detailed descriptions of nature and incorporating rather upbeat, folk-influenced riffing, has made way for more sinister themes and soundscapes over the years, culminating in those two aforementioned records for Iron Bonehead. What has remained firm is the distinct “Horn sound,” featuring siren-like lead guitars, classic black metal-styled vocals as well as clean chorals, and a serious folkloristic approach far from the jolly drunken Viking tunes celebrated in the nowadays metal scene. 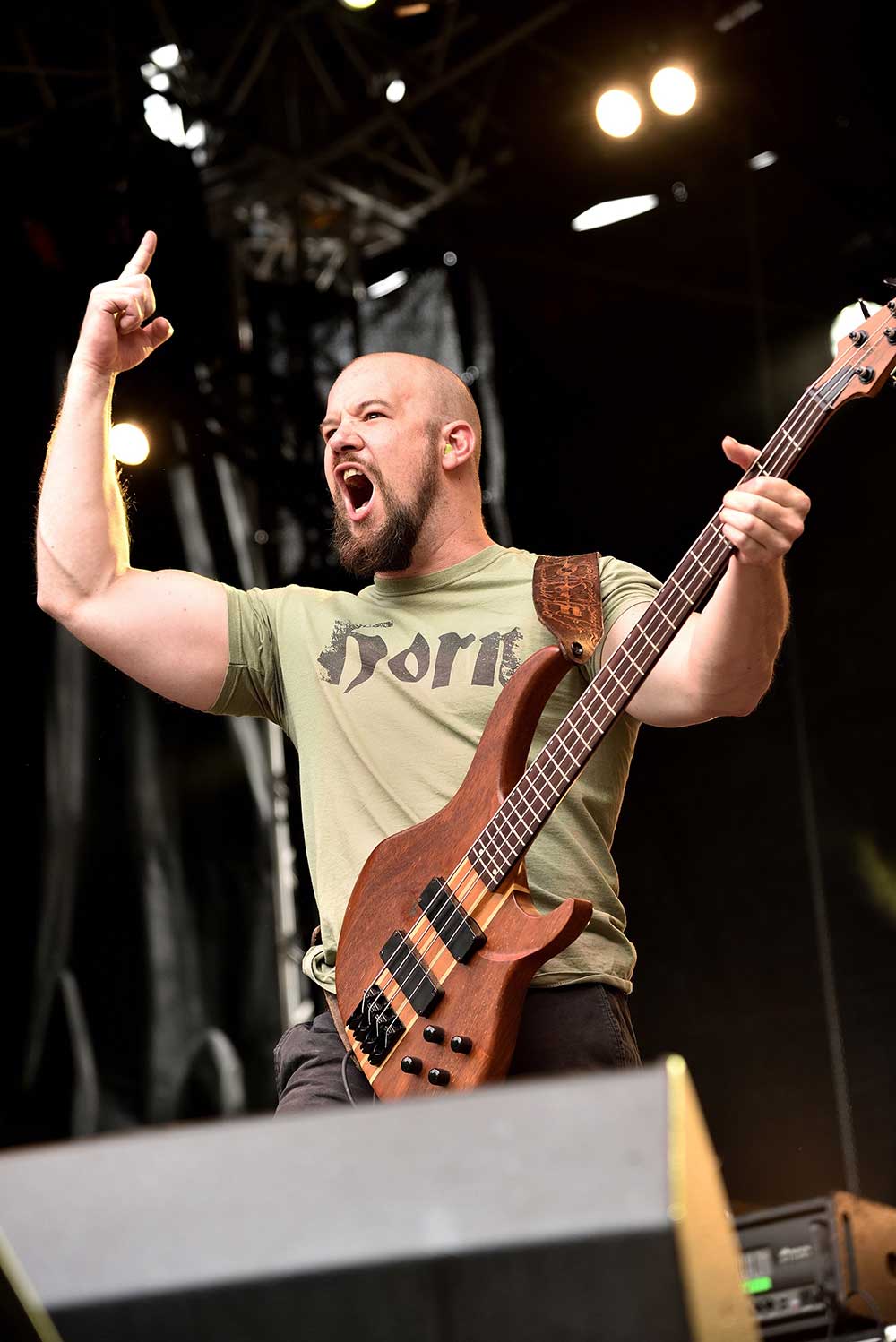 Now, two years after the celebrated Retrograd comes arguably Horn’s strongest German steel yet: Mohngang. Immediately and memorably, Mohngang continues that newer, intensely poignant period of the pivotal Turm Am Hang, where the Feldpost material was carried ever forward by with clean and harsh vocals taking turns in conveying largely mid-tempo songs that stirred both raging bloodlust and solemn pride. Here does Horn sound even vaster and more epic, their characteristically widescreen, wanderlusting splendor rendered in rich ‘n’ robust tones, evincing the band’s most powerful and professional production to date. Likewise, marching mid-tempos take center stage here, both spanning heavy metal’s ancient spirit and solemnity alike; this ever-richer canvas is rooted even more firmly in tradition, but with those (marching) sights set on the path forward. And indeed, Horn sets out upon a new path here, expanding their sonic arsenal to include cello, dulcimer, and even trumpet, giving Mohngang a breathtakingly cinematic aspect. This soundscape is suiting to a wide range of thematics here, encompassing topics as varied as World War I, the concept of autonomy/heteronomy, individualism, culinary aspects, and maritime matters. In most other bands’ hands, such “variety” would spell a jumbled, confused mess; in Horn’s, however, it’s a proud ‘n’ powerful display of defiance, delivered with finesse and confidence. Most surprising might be the orchestral version of “Die mit dem Bogen auf dem Kreuz” which closes Mohngang, starkly stripped down to four cellos and one piano: “breathtaking” is also worth repeating here.

A cliché it might be, but Horn is like a fine wine, getting better with age – but in this case, it’s a potent Riesling in a goblet raised high to the pagan gods. Drink deeply of Mohngang!

Begin drinking deeply with a special video for the brand-new track “Satt scheint der Sud der Tat” HERE [and below] at Iron Bonehead’s official YouTube channel. Cover and tracklisting are as follows: 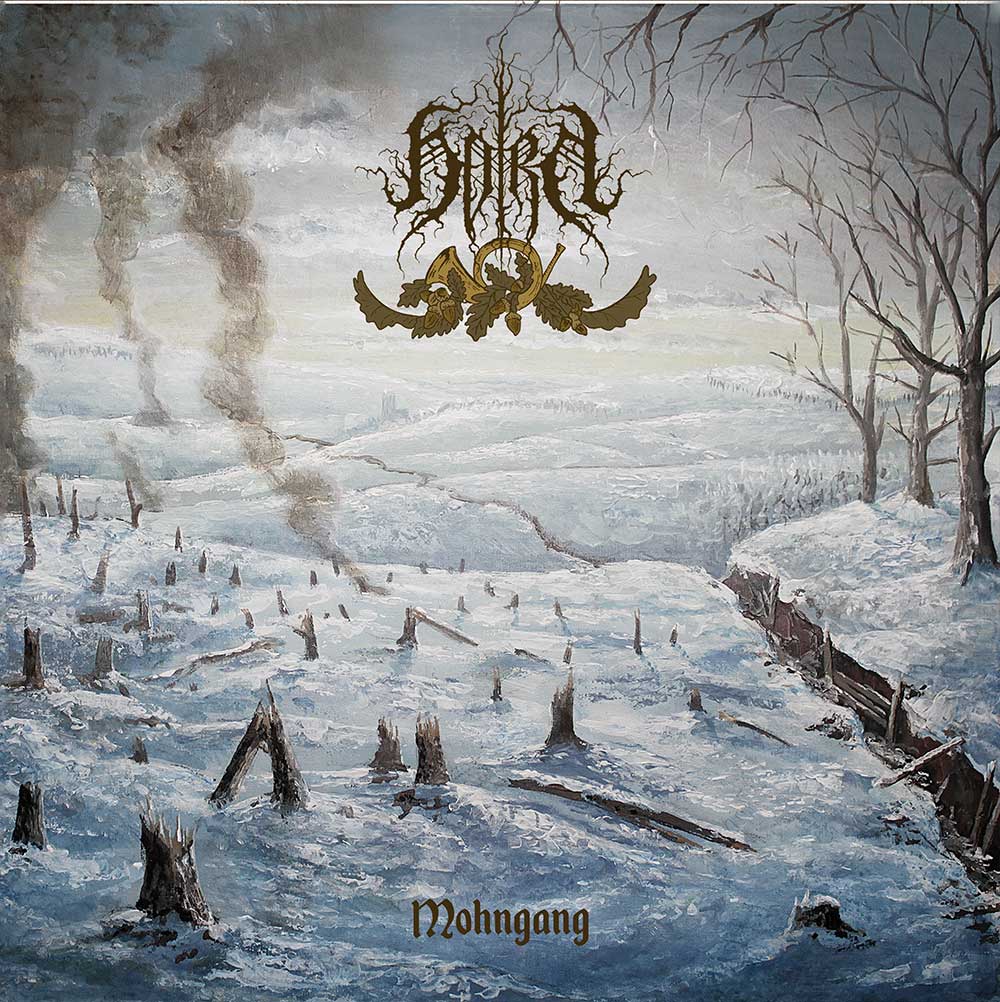