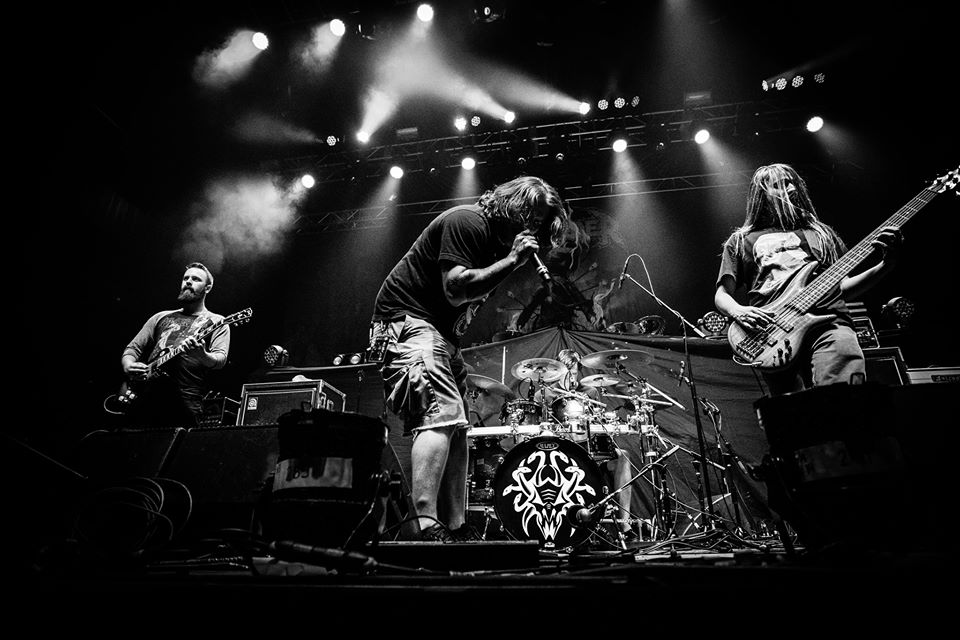 
In further news the band recently released their song “Chained” via V13 which you can listen to here: [LINK]

Hydraform, the many-headed creature, rises from the unexpected location of Denver, Colorado. Uniting the melodic and visceral, the technical and the groove, the quartet dial in an eclectic range of modern approaches to create their sound. After their successful début album Dark Adder, the next triple-threat strike is a self-titled EP coming this summer.

Fresh and modern are the melodic licks that kick off “Born of the Sea”, with a swinging groove underneath that drives the song forward relentlessly until its screaming close. “Chained”, meanwhile, has a mean bass line threaded through it, while Carter Pashko’s throat-scratching screams and hard rock-inflected singing reverberate off walls adorned with posters of Lamb of God, Tool, and System of a Down.

Hydraform has moved past these influences, however. Subtle elements of their own brand of prog creep into their sound, such as in the evolving intro of “Parasite”, where drummer Matt Gotlin complex drumming patterns interlock with the piano and axe-strings dancing around him. The finale of this track is especially masterful, as the band reach their peak and Carter delivers an impassioned performance: “We hate what we fear / And we fear ourselves / Lying beneath your skin”, ending on a final growling “bleeding”.

To encapsulate such a malleable style in just three songs is admirable, and Hydraform has succeed with aplomb. For fans of the above-mentioned bands, this comes as essential listening.