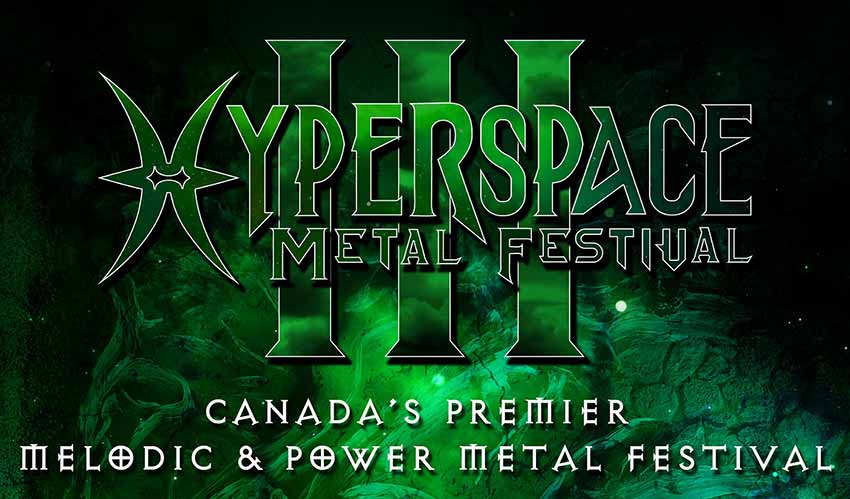 The next ‘Hyperspace Metal Festival’ will take place from April 15th through the 17th, 2022 at the Funky Winkerbeans and the Rickshaw Theatre in Vancouver, BC. The official fest lineup has been revealed and posted below. A total of 20 bands will take part in the gathering, some originally announced for the 2020 edition of the fest, which was postponed due to Covid.

“We are very excited to bring to you the lineup for the rescheduled Hyperspace Metal Festival III! It’s been a long time and most of the bands on the lineup have held on this long waiting for the festival to happen. There have been some changes to the lineup; please welcome Striker, Witherfall, Archon Legion, Paladin and Planeswalker to the lineup! This is going to be an unforgettable weekend of melodic metal that if you are a fan of the genre you are not going to want to miss! See you in April!” comments ‘Hyperspace Metal Festival’ organizer Joey Hockin.

A presser states, “Highlights of the confirmed bands include Striker (2020 JUNO Award For Metal / Hard Music Album of The Year), dark melodic heavy metal juggernauts Witherfall from Los Angeles blazing new trails and weaving new tales in support of their latest 2021 album “Curse of Autumn” (Century Media Records), local Vancouver heavy metal heroes Iron Kingdom, who are HMF alumni and make their second appearance on the festival lineup after headlining the inaugural 2018 event. In addition to those bands, two extremely rare performances will be witnessed for Planeswalker (California/Cyprus), a Magic The Gathering inspired power metal duo featuring members of Helion Prime and Dire Peril along with a reunion set from Victoria, BC’s Archon Legion, which features members of Unleash The Archers.”

They add, “Over the two years that Hyperspace Metal Festival has been running, bands from all over the world have come to play power, prog, and speed metal on the Canadian West Coast. The festival has presented lineups that have included performances by Crimson Shadows, West of Hell, Judicator, Odinfist, Tanagra, Scythia, Greyhawk, The Order of Chaos, Red Cain, and many more.” 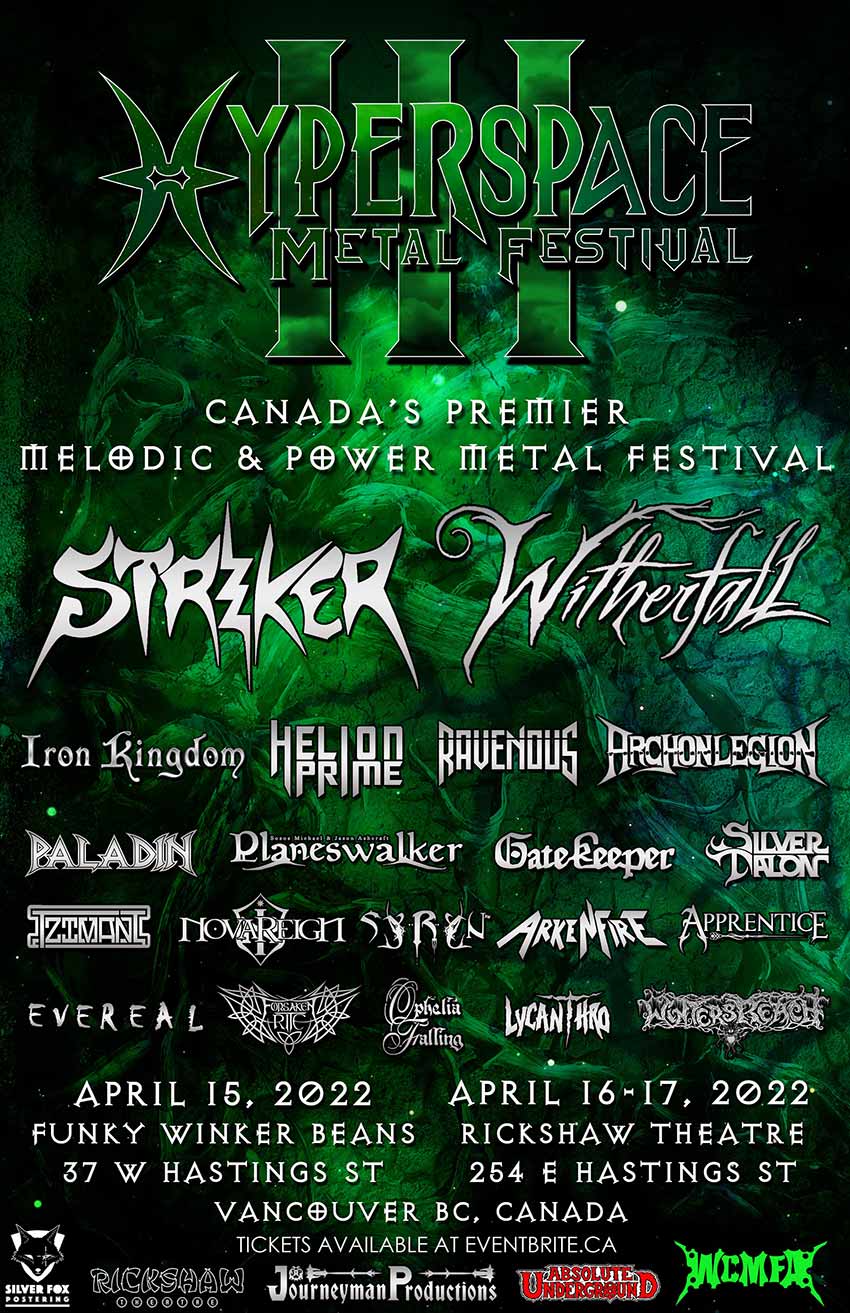