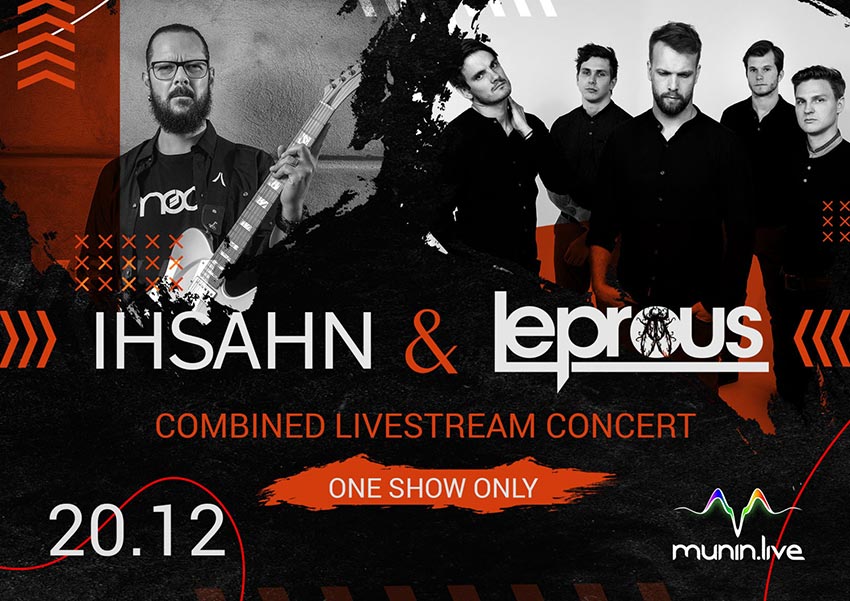 Norwegian metal acts Ihsahn (Emperor) and Leprous will collaborate on a streaming show set to happen on Sunday, December 20th.

Regarding the online gig, a collective statement reads:

We’re putting together a very exclusive Ihsahn/Leprous show on December 20th! Get your streaming tickets at Munin Live. The collaboration between Ihsahn and Leprous goes back the better part of two decades, where songs, members and performances have been heavily intertwined. This exclusive performance will celebrate these connections even further!

Get tickets via this location, and check out a teaser trailer below.