Canadian metallers Imonolith have revealed (via Heavy Consequence) their new single “Becoming the Enemy” (ft. Johannes Eckerström of Avatar), which appears on their forthcoming debut album ‘State of Being’ (due out March 27th – pre-order). Check out the lyric video below.

“’Becoming the Enemy’ is a song about becoming your own worst enemy,” says drummer Ryan ‘RVP’ Van Poederooyen. “All of us have done it at some point in our lives. The point of the song lyrically is to learn from your mistakes instead of repeating them over and over.”

The lyric video for ‘Becoming The Enemy’ features a character called “The Sickness” who reprises his role from the band’s previous “Instinct” video.

“We continue the theme we started in ‘Instinct,’” RVP explains. “The theme of our album ‘State of Being’ is about how people deal with various states of being throughout their lives. We thought having ‘The Sickness’ appear in a couple of videos would help tie everything together and tell a visual story to go along with the album as a whole.”

Imonolith will be touring through Europe and the UK this spring — get all tour dates below. 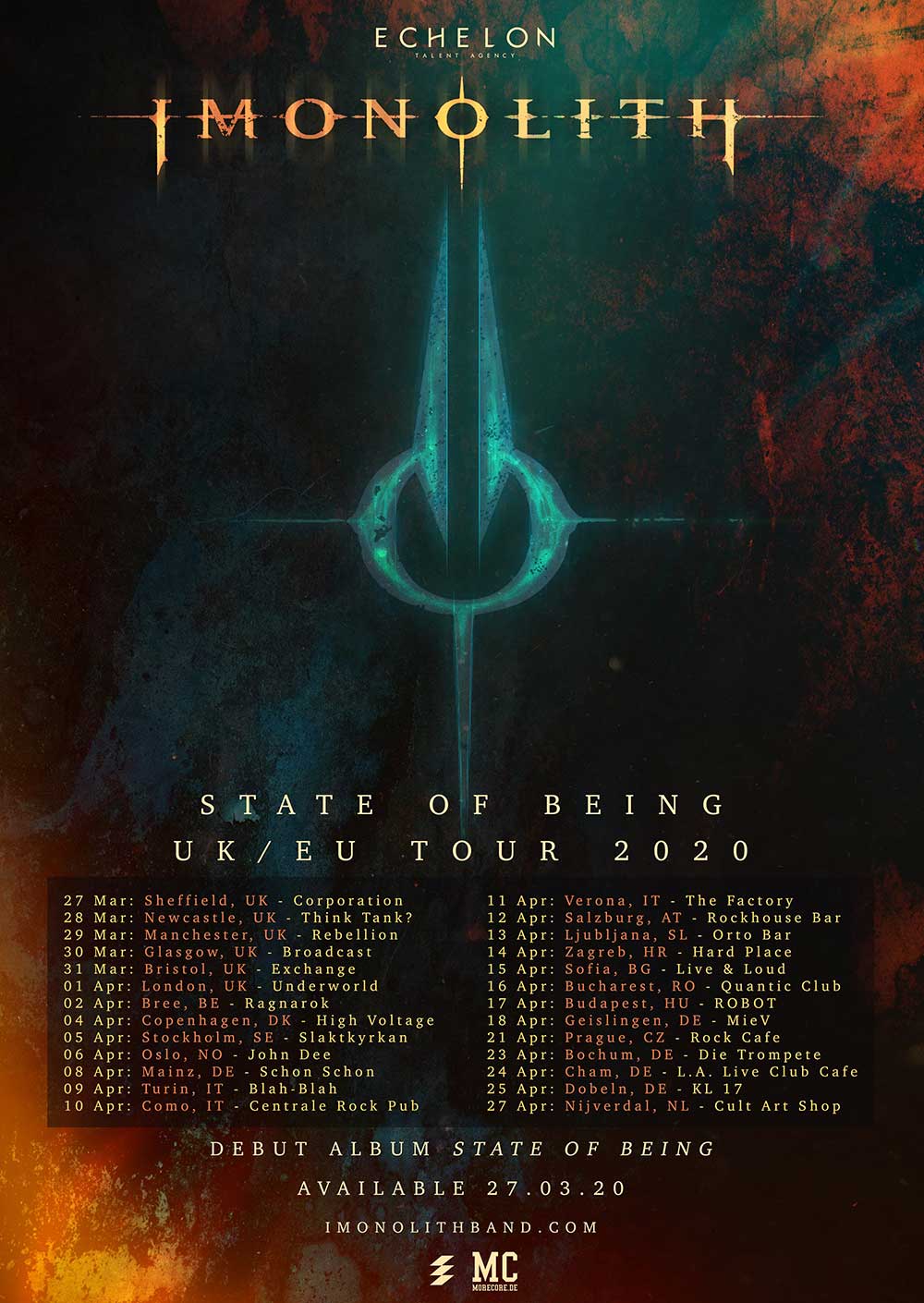 More dates to be announced soon