NYC-based metal acts Imperial Triumphant and Pyrrhon have announced plans to join forces for a U.S. tour this fall — see all dates below.

Imperial Triumphant are touring in support of their most recent album on Century Media Records, ‘Alphaville.’ Pyrrhon are out promoting their newest full-length on Willowtip Records, ‘Abscess Time.’

See all shows and the official flyer below. 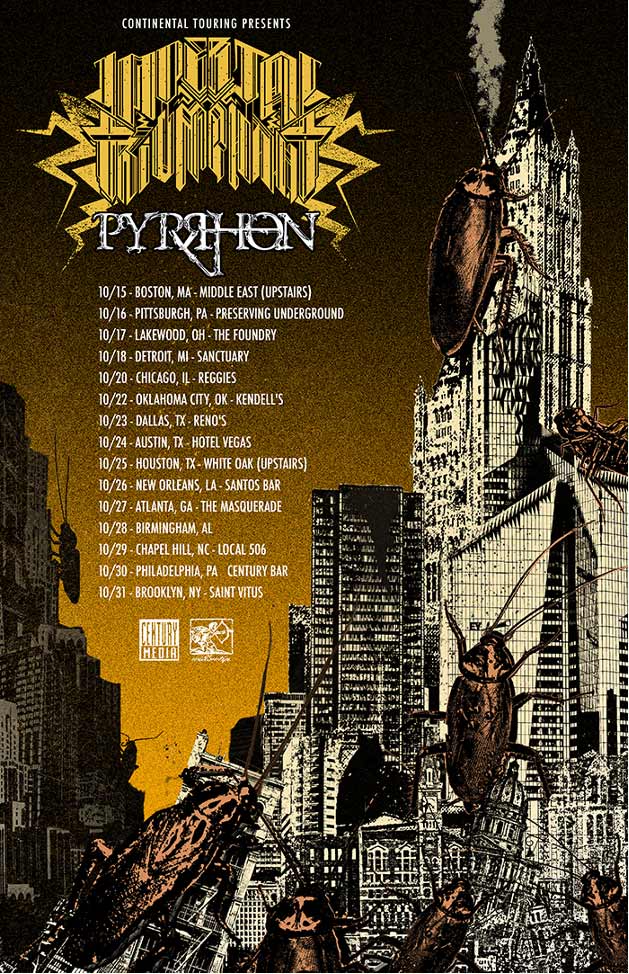