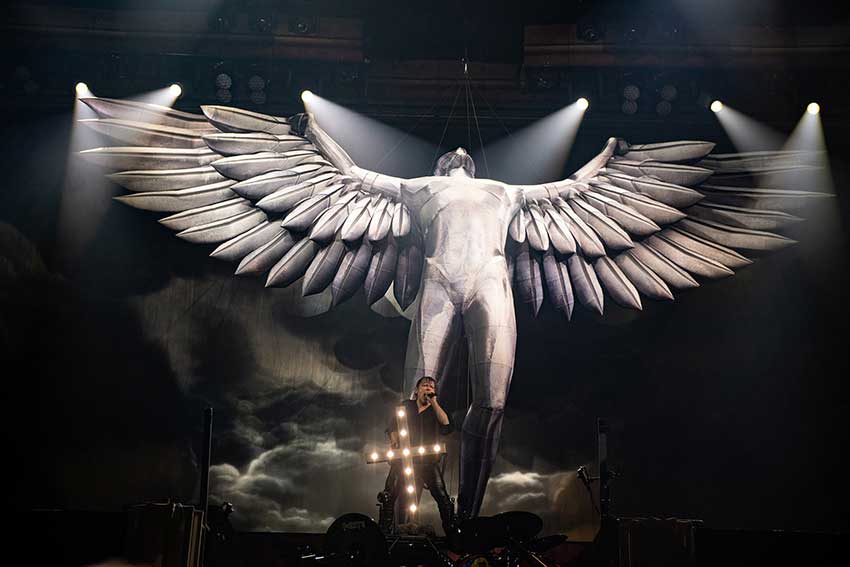 “Paddy Bowden’s body was discovered at the house they once shared in Chiswick, West London, just before 10am this morning,” states The Sun. “Paddy and Bruce got married in 1990 after being together for two years. But they split – after almost 29 years of marriage – in 2018, with news of the separation only emerging last November.” Bruce has three children Paddy, Austin (age 29, lead singer of As Lions), Griffin (age 27, lead singer of Shvpes), and Kia (age 28). Dickinson is reportedly currently in a relationship with fitness instructor Liana Dolci.

Regarding the tragic news, the Iron Maiden singer released the following statement: “This is a terrible tragedy which appears to be a tragic accident. Our children Austin, Griffin and Kia and I are devastated. Out of respect for Paddy we won’t be making any further comment at this hugely difficult and painful time for our family.”

Our thoughts go out to the families. RIP, Paddy Bowden.

Concert shot by John McMurtrie (via)