NYC based musician JG Thirlwell (Foetus, Manorexia, Xordox) and composer Simon Steensland have shared their new track “Papal Stain” from their new collaborative album ‘Oscillospira’ (due out on April 24, via Ipecac Recordings).

Speaking on the track, Thirlwell says:

‘Papal Stain’ is a multi movement piece which takes the listener on a cinematic journey that vacillates wildly in mood before its tumultuous climax. Along with Thirlwell and Steensland playing many instruments between them, the track features performances by drum virtuoso Morgan Ågren (Devin Townshend Band, Zappa, Mats Morgan) Simon Hanes (Tredici Bacci) on guitar, Chris McIntyre (Tilt Brass, Either/Or, SEM Ensemble) on trombone and Joanna Mattrey (Tredici Bacci) on violins.

A frequent collaborator with the likes of Zola Jesus, Melvins, Swans, Kronos Quartet and many others, JG Thirlwell is also the composer for the highly acclaimed animated TV series ‘Archer’ and ‘Venture Bros’ while Swedish multi-instrumentalist Simon Steensland is known for his compositions for theatre.

Different yet complementary, both creators make idiosyncratic music that can be characterized by dramatic intensity, shadowy suspense, darkness and light, sometimes breathtaking and always evocative cinematics. Oscillospira is an odyssey of dark chamber prog with a cinematic bent, largely instrumental album with eerie choral parts.

JG Thirlwell and Simon Steensland’s journey together first began in 2017 in Stockholm at a workshop for the Great Learning Orchestra, a collective that operate on the model of an experimental music ensemble from the late 60s, Cornelius Cardew’s Scratch Orchestra, using musicians from a variety of backgrounds and abilities.

I had been a fan of Steensland’s work for some years through his albums like Led Circus and Fat Again. I admired the dark power in his work and it seemed adjacent to a lot of music that I love and inspires me – groups in the Rock in Opposition and Zeuhl worlds such as Magma, Univers Zero and Present, as well as 70’s era King Crimson and Bartok.

The announcement closes out with:

Taking JG Thirlwell’s commission for Great Learning Orchestra as a starting point, the pair exchanged ideas and extended the work into a new collaboration which eventually became Oscillospira. The extraordinary drummer Morgan Ågren (Mats/Morgan band, Zappa, Devin Townsend, etc.) plays on all the tracks, bringing them to life in an explosive manner. The record also includes contributions from a variety of guest musicians playing oboe, bass clarinet, violin, voice and further sonic embellishments to enrich the album. 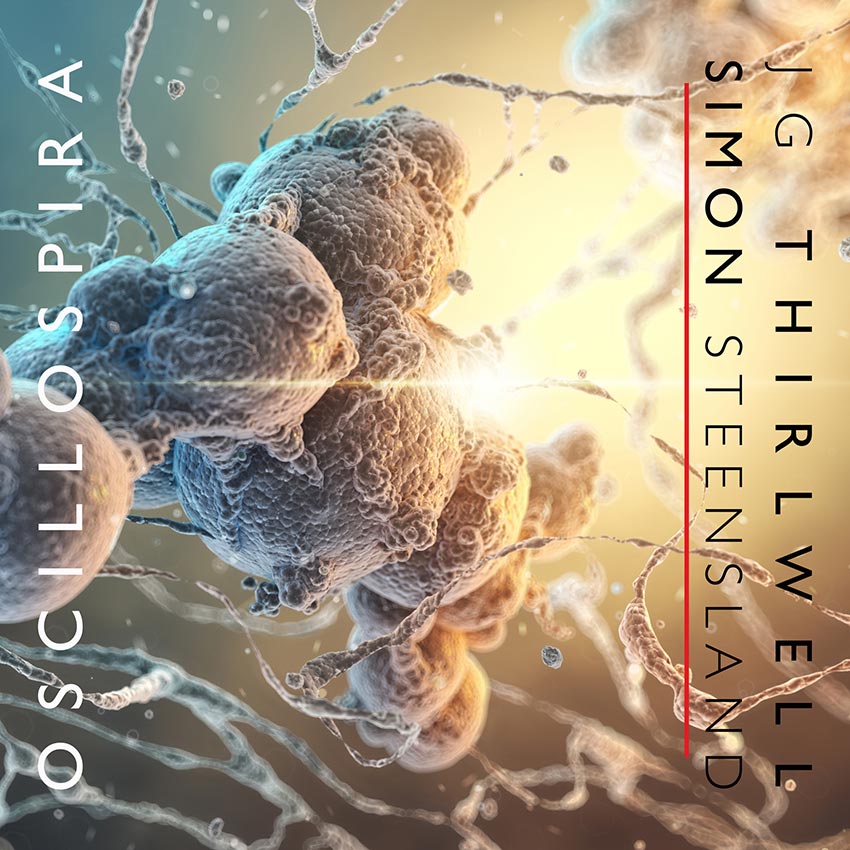