Queen + Adam Lambert have been forced to postpone their planned 27-date UK & European Rhapsody 2020 tour due to Coronavirus.

The 2020 tour was due to start in Italy on May 24, with the itinerary also including a massive run of 10 London O2 concerts as well as a pair of shows each in Manchester and Birmingham, before further mainland Europe dates were set to conclude with two Madrid shows on July 7 & 8.

The decision has been made with the safety of our audiences, band, crew and venue staff in mind and with close on 400,000 tickets sold across the tour, was not a decision taken lightly.

Postponed dates have already been rescheduled for 2021, all newly confirmed tour dates can be viewed below. All tickets will be valid for the rescheduled show dates.

We’re very sad to announce the postponement of our summer shows in Europe, although in the present crazy state of the world, it cannot be a surprise to our fans. Those incredible scenes at our concerts just over a month ago now seem like an impossibly distant dream. We were so lucky to be able to complete that tour, running just ahead of the wave that was about to break on us. I know many of our fans are having similar moments of disbelief and bewilderment out there. Of course we would have gone ahead with the dates had it been humanly possible. The good news is that we do NOW have a PLAN B ready to roll. If you hold on to your tickets they will be valid for the rescheduled shows. God willing, we will be there with bells on!

I am very disappointed that we won’t be touring Europe as planned, but we have to look after each other and put everyone’s health first. Look forward to getting out there when it’s safe.

Here are the rescheduled dates: 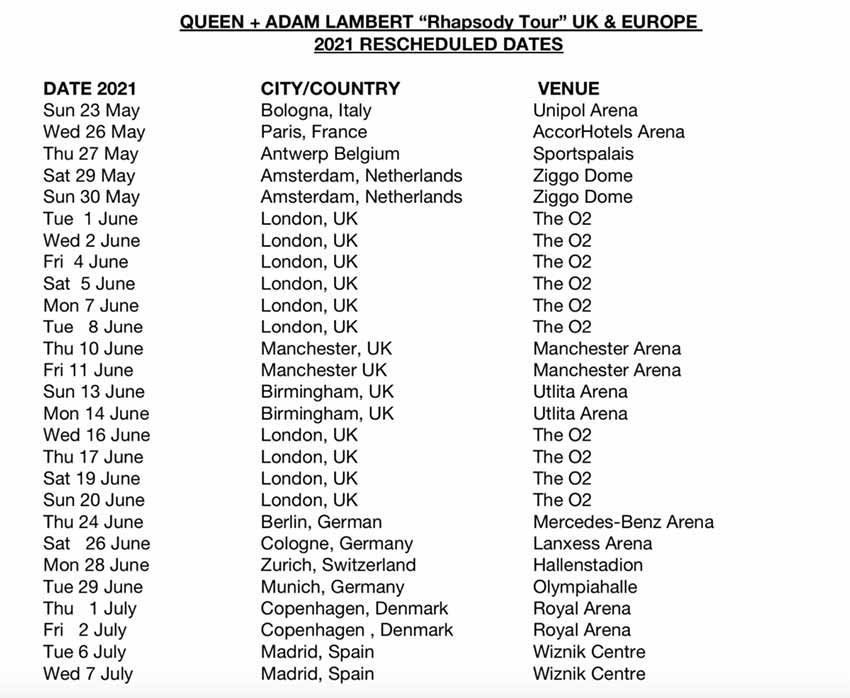 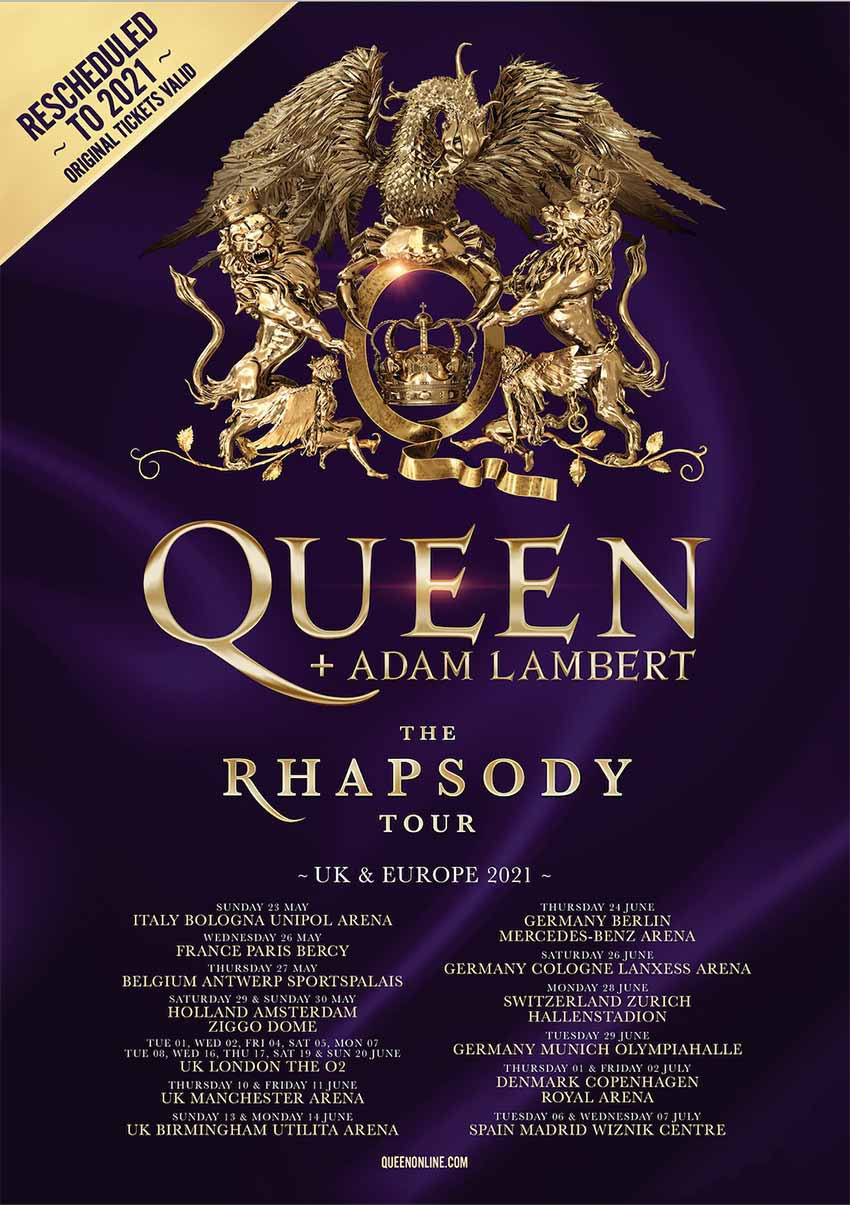