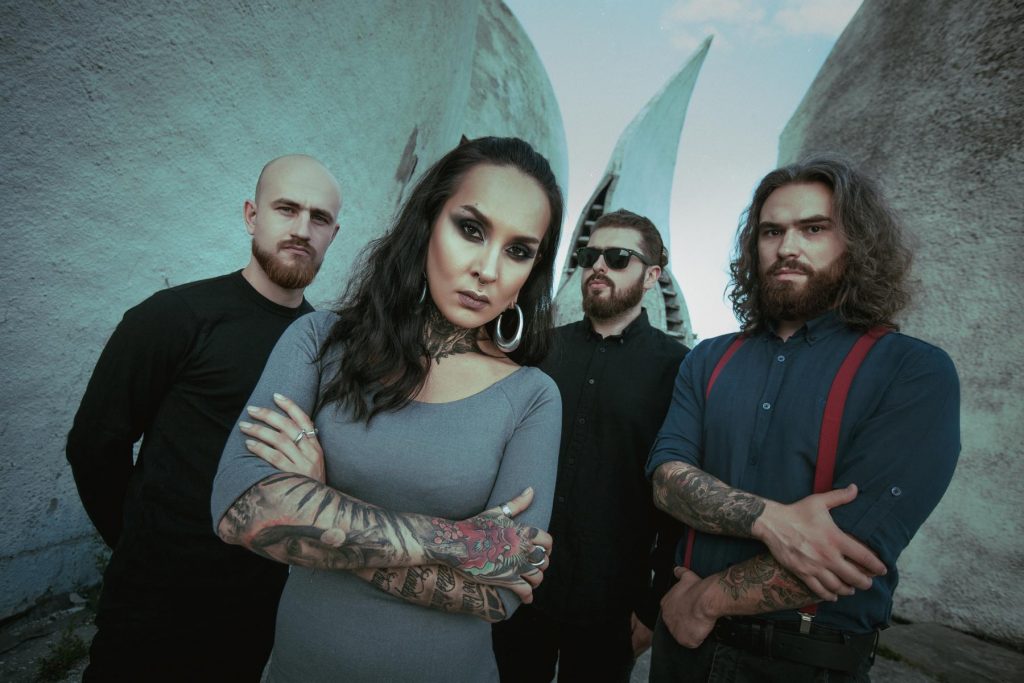 Ukrainian metal powerhouse Jinjer have unleashed a live clip for their song “Pit of Consciousness.” The track appears on the band’s latest album, ‘Macro,’ and the video was shot by Oleg Rooz (Suicidal Tendencies, The Dillinger Escape Plan, Enter Shikari) during the band’s performance in Kiev in 2019.

Back when we recorded this show we were on the tail end of a 6 month tour and somewhere in between all that madness we managed to write and record Macro… it was an extremely stressful time. But it was one of the most positive times of our lives. Things right now look pretty grim and no one knows what will happen next. We want to release this video with the hopes of letting people know that no matter how crazy, confusing and scary things get – BETTER TIMES are on the way. Let’s use the time at home in isolation to take a good look inside and learn about our true selves…