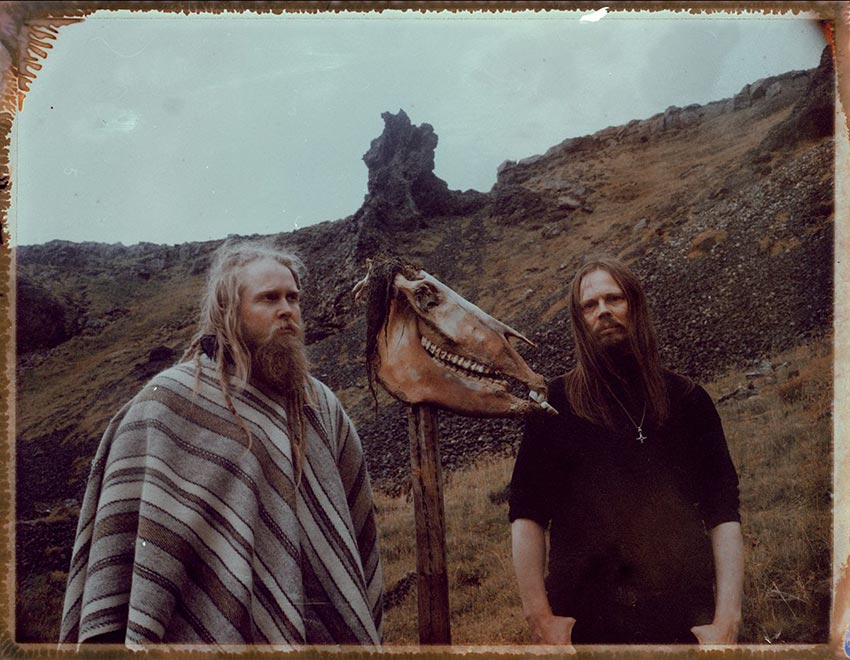 Katla’s Einar Thorberg Guðmundsson comments on the single: “My wife and I were driving home through a harsh winter storm on February 8th in 2019. We were so fascinated by the surreal sight that we decided to take a detour deeper into the storm and we started filming it. We ventured as far into the white darkness as my Volkswagen Bora could take us until we were forced to turn around and head home. The horses were glad to see us arriving, but they were soon scared away by strong gusts of wind that almost knocked over my wife. I always knew that this material needed to be turned into a music video. When Guðmundur presented his lyrics for ‘Hvítamyrkur`’, which literally means ‘white darkness’, it was clear that those filmed scenes had found their destination. He has driven special offroad vehicles on glaciers in such conditions when nothing was visible at all. In such places and at such times, all the world seems to have turned white, which is its own kind of darkness.”