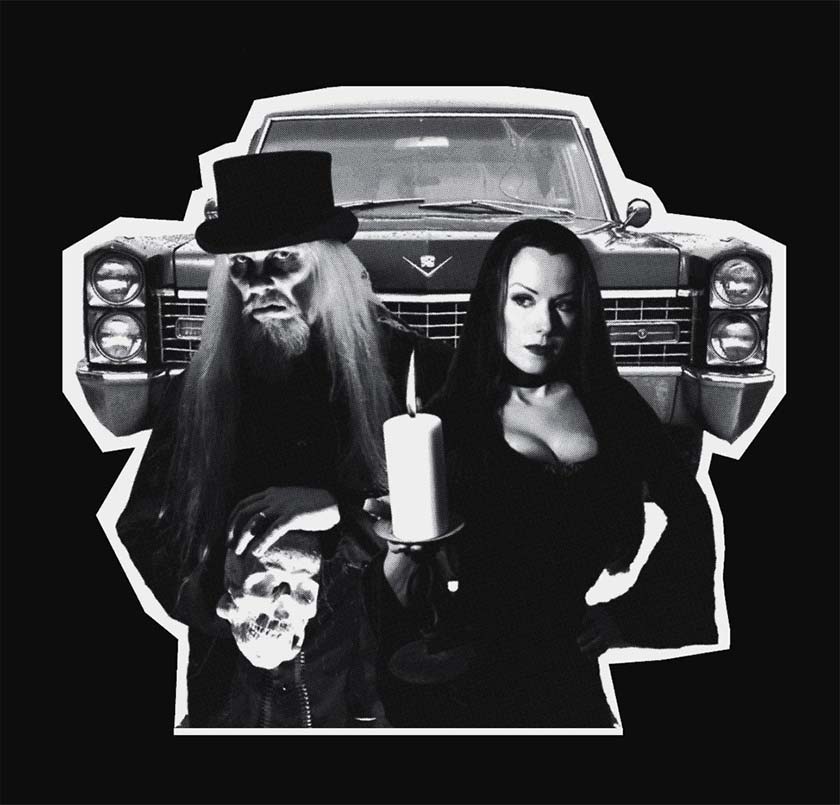 Horror/goth metal/rock act Bloody Hammers have posted their new video single “Not Of This Earth” which you can check out below. The track appears on the duo’s brand new studio album ‘Songs of Unspeakable Terror‘ which officially drops tomorrow (Friday).

“Conjuring images of retro sci-fi horror, the video for the sultry, doom metal-inspired track, entitled “Not Of This Earth”, compliments the words of the song’s extra-terrestrial crooner. Hungry for blood to revitalize his dying planet – he’s not of this earth!” explains a press release.

Frontman/multi-instrumentalist Anders Manga says about the song: “Devallia and I knocked out this video a couple weeks ago in our little cabin basement. The current health crisis has kept us home but the green screen can take us (crudely) anywhere and BEYOND! Lyrically, this song is a straight tribute to Roger Corman’s 1957 drive-in sci-fi/horror classic. As much as I think we’re inspired by Hammer Films and classic European gothic horror, really, Corrman is just as important and certainly an American treasure.”


‘Songs of Unspeakable Terror’ tracklisting:
1) A Night To Dismember
2) Hands Of The Ripper
3) Witchfinder General
4) Not Of This Earth
5) The Ones Who Own The Dark
6) Waking The Dead
7) Night Of The Witch
8) We Are The Damned
9) The Brain That Wouldn’t Die
10) Lucifer’s Light
11) I Spit On Your Corpse 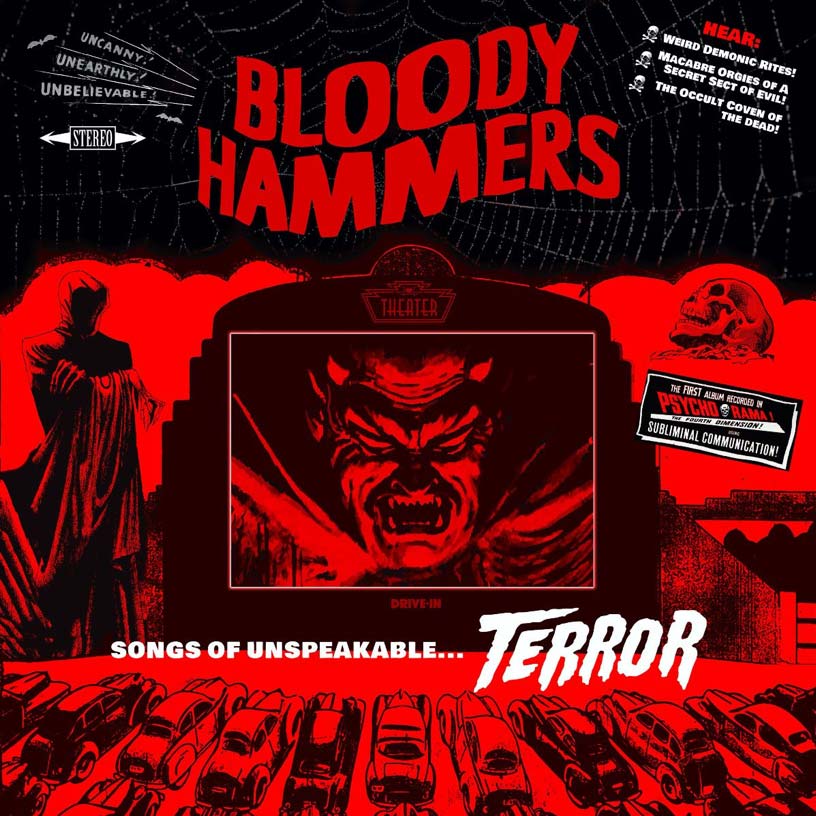