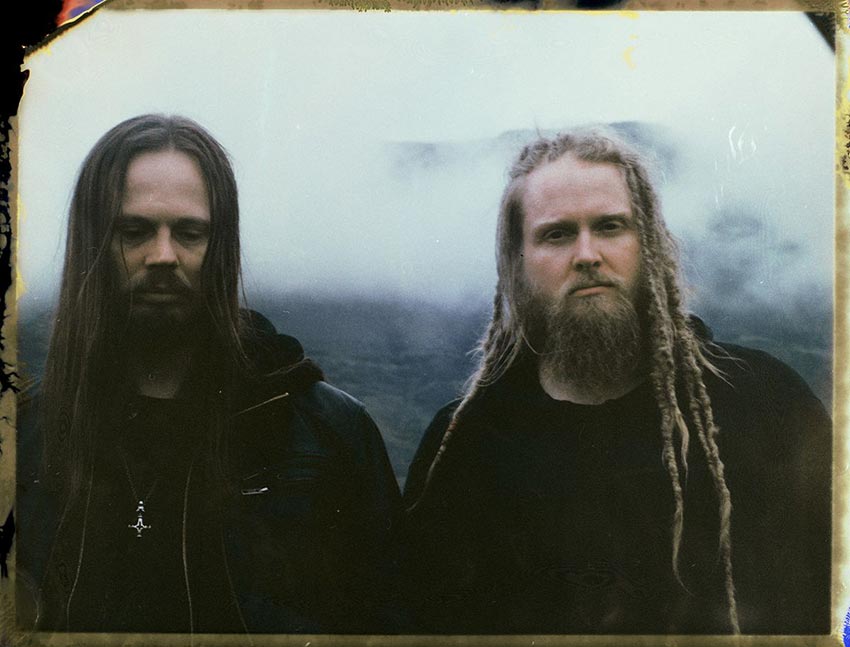 Iceland’s Katla have released a video clip for their track ‘Farg,’ which is taken from the EP ‘Blótar gömlu goðin’ (‘An Offering to the Old Gods’). The effort is only available as part of the premium editions of the act’s forthcoming second full-length ‘Allt þetta helvítis myrkur’ (out November 13th: pre-order).

“The Icelandic word ‘Farg’ refers to a heavy burden“, writes singer/multi-instrumentalist Einar Thorberg Guðmundsson. “A very dear friend of mine carried such a heavy burden for all his life and eventually died far too young. His story would easily fill a book, if I could bring myself to write it. For the time being, all I want to say is that I wrote this song as a means of self-therapy and to send a message out to the cosmos. After many years, I have finally come to terms with his passing. The weight we carry should rightfully only belong to the living. May he rest in peace. ‘Farg’ is dedicated to Sverrir Örn Ólafsson (27 December 1979 – 28 August 2012) – never forgotten.”