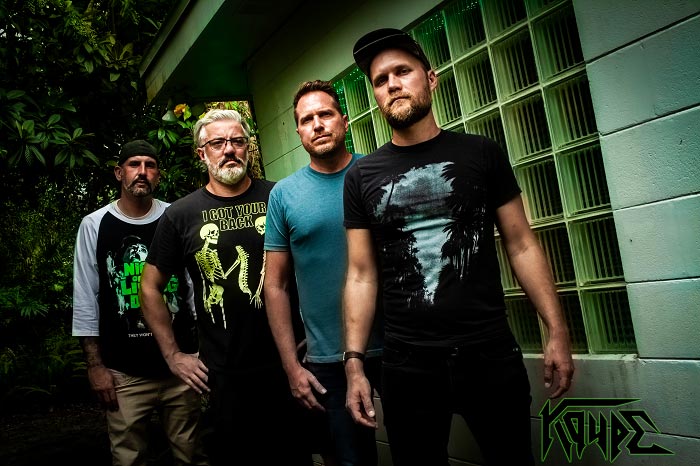 Proggers Kaupe have dropped (via Ghost Cult Magazine) their brand new single “Death Rattle” which you can check out below. The song is from their album ‘Cognitive Dissonance’ which will be released on Feb 19th (pre-order).


Here’s more info on the band via a press release:

It is indisputable that the best start to any band is “Holy shit, I got this riff.” In this way Kaupe, an ambitious band with influences spanning decades, was born in 2016. The Florida-based project started life between two eclectic individuals whose propensity to riff off each other knew no bounds. Two years later, with two other equally talented members onboard, the group went on to release their début The Depths, which brought nation-wide recognition and shows with Andrew W.K. and Virgil Donati among others. Now, after having hammered out an even hungrier record than last time, the band are ready to release Cognitive Dissonance.

Muscular, progressive, colorful. From the first moment of “Death Rattle” to the grand finale of “Capsized”, the sound is captivating through every twist and turn. And it’s a long record – ten full-on tracks and a creepy interlude (an ode to Twin Peaks, no less). There is a feeling of adventure throughout, both in the unpredictable songwriting and the wide range of influences – and not a single word is spoken.

Speaking of influences, a small taster of the range that Kaupe draw from: “Death Rattle” recalls a more cinematic Helmet riding their groove, while “Simpatico” draws from Interpol and Torche simultaneously. The drummer, Marc Larabel, is simply an octopus to rival the mathiest and proggiest bands (here’s to you, Mars Volta), and Brett Walker (Also in Junior Bruce) is a machine in both riffing and technical lines. Not to be outdone, Pedro Medrano is no slack on bass (especially on “Head In A Bag”), and the classically-trained Patrick Ross brings a psychedelic flavor with his keyboards, such as on “Cop Caller” where an evocative video game-esque atmosphere collides with a thundering rhythm.

It is clear in every moment that the four are having tremendous fun, and their chemistry is off the charts. Their live shows come back with consistent rave reviews, and with songs like these it is abundantly clear why. Cognitive Dissonance is an apt term for the record – except instead of having two conflicting ideas, it’s akin to being pulled in multiple directions by different strands of musical history. Kaupe have pulled out a humdinger of an album, and it is safe to say that many fans within the rock and metal umbrella will be taken in by their charm.

Cognitive Dissonance will be released on Feb 19 2021. 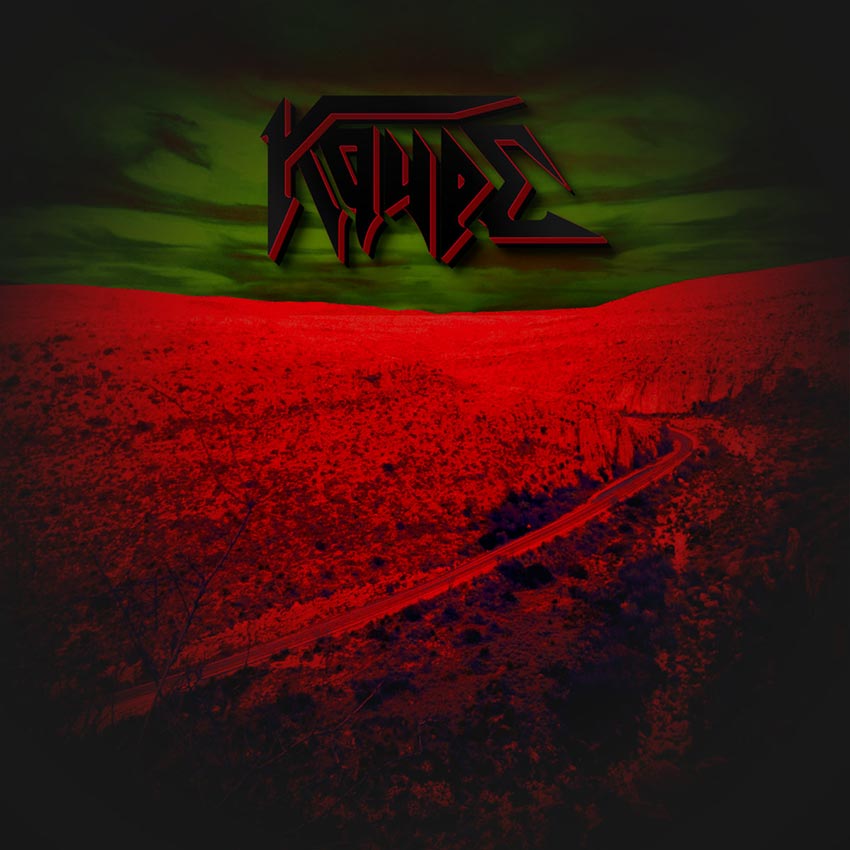