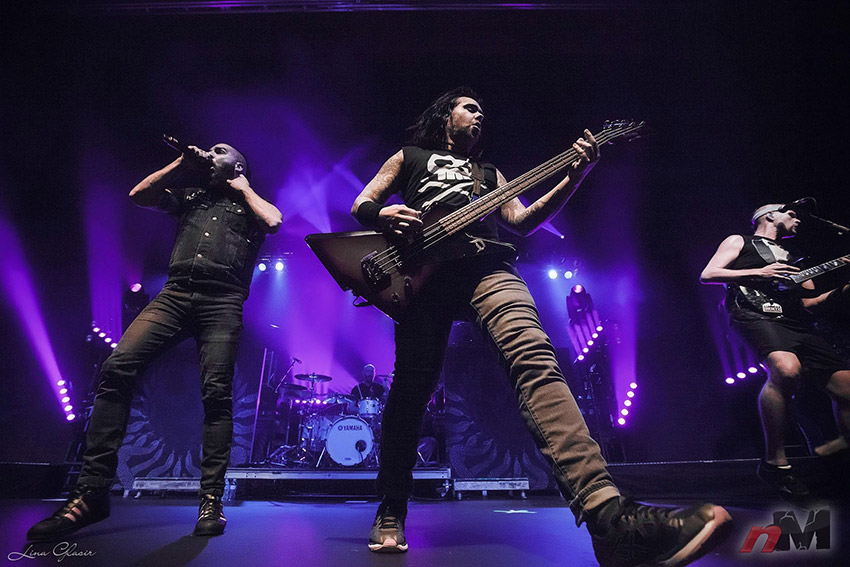 UPDATE: Tour dates have been announced!

Killswitch Engage and their postponed ‘North America Atonement Tour’ is currently being plotted for early 2022, says the band.

The trek, which was put on hold last year due to the ongoing COVID-19 pandemic, also features sets by August Burns Red and Light The Torch (ft. Howard Jones, formerly of Killswitch Engage).

In a message issued on May 5th, KsE stated:

We have a new update on the North America Atonement tour. We are hopeful that we can make this tour happen with the same lineup sometime in the first half of 2022. Once we are certain about the time period and we have all of the shows confirmed, we will make another announcement.

Your tickets will remain good for the rescheduled date. Hang on to your ticket and we’ll email you as soon as the status of your event changes or the new date is announced.

For those who need a refund, there will be another 30-day window for you to request a refund which will begin on 05/05/21 and run through 06/04/21. If you decide to hold onto your tickets, you will receive a new notification when your event is either canceled or rescheduled, at which point you will be given another opportunity to request a refund. Thanks to all of you for your patience, support and understanding with this matter.

We can’t wait to see you all again soon.
Love,
KsE

In more news, Killswitch have teamed up with Essex Coffee Roasters for the release of their own official coffee blends ‘Roast of Sharyn’ and ‘Strength of the Grind’ — pre-order here.

ICYMI, August Burns Red recently announced a revamped version of their ‘Leveler’ album, along with a stream in support of the release.

As for Light The Torch, they recently dropped their new song “Wilting In The Light” from their impending ‘You Will Be The Death of Me‘ record. The band were also recently added to the super stacked 2021 ‘Furnace Fest.’