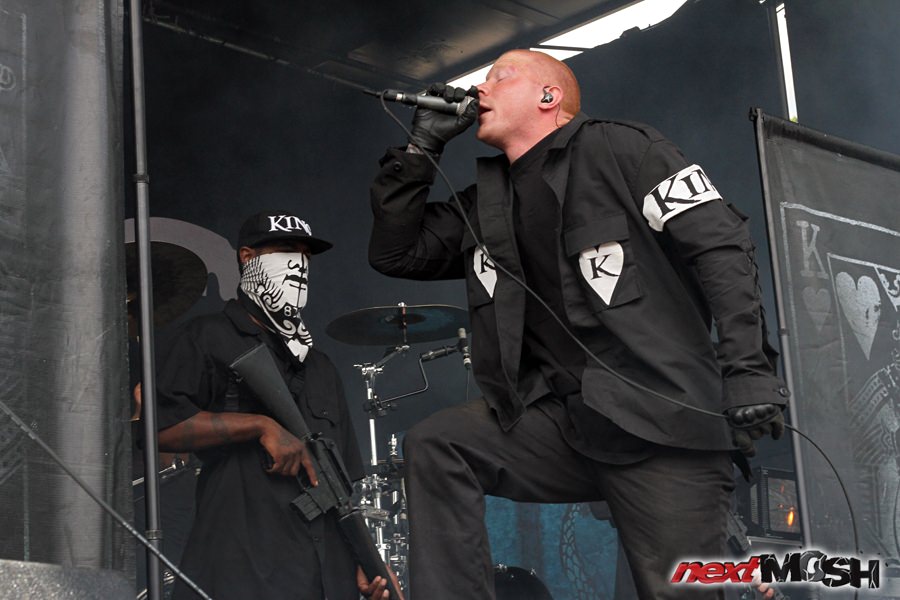 As Metal Injection recently reported, frontman of Flint, Michigan heavy metal band King 810, David Gunn, was spotted at last week’s protest in Washington, D.C., which ended with a horde of Trump supporters storming and breaching the inside of the U.S. Capitol building.

I need to know how this dude at the Capitol ended up with the 2003 G-Unit Pelle Pelle pic.twitter.com/Ctiu4eSIti

Gunn has now addressed the issue and wants everyone to know that he indeed attended the protest and reached the steps of the Capitol building so that he could film the next King 810 music video. Gunn stated:

Dear internet cucks,
👊🏿👹👊🏿
I admit this is me on the steps of the capital building filming our next video. I’m the singer of the most hated band in America… where else would I be ?
👊🏿👹👊🏿
Sorry to disappoint everyone but I cannot also admit to being a racist, bigot, homophobe, sexist, fascist, alt right (or whatever you whack jobs are on this week) etc. etc.
👊🏿👹👊🏿
I appreciate the compliments on my jacket however it is not for sale (altho our new album is)…
👊🏿👹👊🏿
I was not trying to keep this under wraps. As you can see I’m swagged the fuck out with no mask in front of 100 cameras because I’m doing nothing wrong. The Feds have phoned me already and there isn’t a single image of me “rioting” or going inside the building. I’m not as dumb as my hair style suggests.
👊🏿👹👊🏿
I couldn’t care less if you stop following me or stop listening to my music because I never cared to begin with. (see red queen)
👊🏿👹👊🏿
🇺🇸 🇺🇸🇺🇸🇺🇸🇺🇸🇺🇸🇺🇸🇺🇸🇺🇸🇺🇸🇺🇸🇺🇸