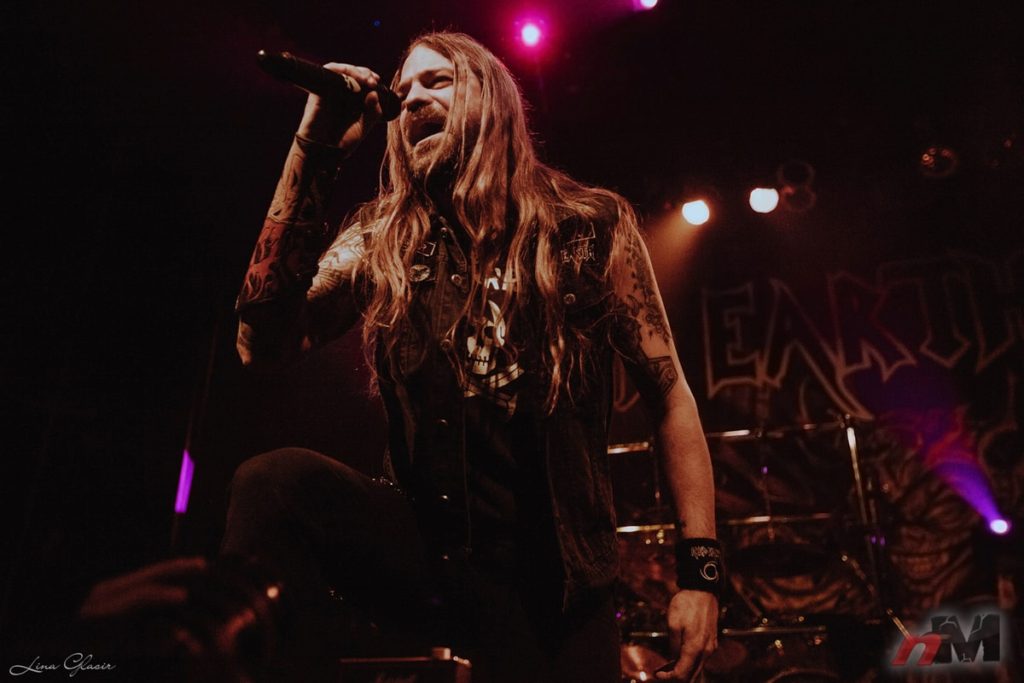 “First and foremost we absolutely DO NOT condone nor do we support riots or the acts of violence that the rioters were involved in on January 6th at the US Capitol building,” noted Iced Earth in Saturday’s statement. “We hope that all those involved that day are brought to justice to be investigated and answer for their actions.” The band however did not mention Schaffer by name in said message, nor did they address his alleged participation in the riots.

As MetalSucks pointed out, Block was apparently banning fans from his socials for asking his opinion on the pro-Trump riots. “Block, who was active on social media shortly after the riots, but has since been trying to cover his tracks and silence those who call him out,” wrote MS. “Earlier in the week Stu shared a taste of his feelings, sharing an image of a giant red heart with the simple caption, “Nuff said #love” and telling a fan who said they can no longer support the band in light of Schaffer’s actions that “t[h]is is your decision and how you feel and I must absolutely respect that”.”

MS continued, “But it’s an earlier message Block posted, which he later deleted, that’s more damning. Writing on his personal Facebook page on Wednesday (January 6), the day of the riots, he said, “Oh it’s happening! History in the making. Sending love to my friends in the US and all over the world!” (Block is Canadian). When a fan asked, “Are you condemning what happened today Stu?” he replied, “and where in my statement would you get that impression?” Since that time, a number of people have commented a screenshot of the above exchange on Stu’s other Facebook posts, and not only have those comments been promptly deleted, but the users who posted them have been banned from Stu’s page.”

In a statement released today with the below photo, Block has clarified his stance on the failed Capitol building siege, he said:

First I want to thank everyone for the amazing support you have shown. Unfortunately It has come to my attention in recent days about a screenshot someone made. There were some very obsessive hateful people posting the screenshot that I did have to remove from my social media. I do want to extend my apologies for the poor way I worded two Facebook posts on January the 6th. I’m human and I make mistakes. My wording was absolutely misunderstood and not properly thought out on my part and I know people and media can interpret things differently. At that moment I saw a historical thing happening that perhaps would cause divide amongst people everywhere so I sent love out to everyone as well. I quickly took the post down after I realized that the post I put up with good intentions to encourage discussion about what was happening at that moment was severely misinterpreted by some. This was all happening before I found out about the horrible line that was crossed that day by protesters. I also carelessly misread a comment someone posted on my official Facebook page and replied incorrectly and for that I am sorry. I was in the heat of the moment. In the post, the commenter said: “Are you condemning what happened today Stu?” I replied: “and where in my statement would you get that impression?” In the craziness of responding to so many comments, some very hateful in nature which were also coming at me in rapid fire, I read the word as “condoning” which I DO NOT!! I see that this inaccurate misinterpreted screenshot has been shared on various social media pages and I want to go on record to say this AGAIN:

I absolutely DO NOT condone nor do I support ANY acts of violence or anything else that ANY protester or rioter was involved in on January 6th at the US Capitol building.

If you follow me, you know I am generally a man of Peace, Kitties and Music. I do believe in peaceful protest and expressing your grievances, I believe in questioning authority when it’s appropriate, but I also believe that it should be done in a peaceful, respectful and intellectual manner and within the confines of the law. Again I apologize for any confusion. That’s it that’s all. I have been and will be taking a social media break and this is the only time I will ever address this inaccurate misinterpreted screenshot. Much Love and Stay Strong. ❤️