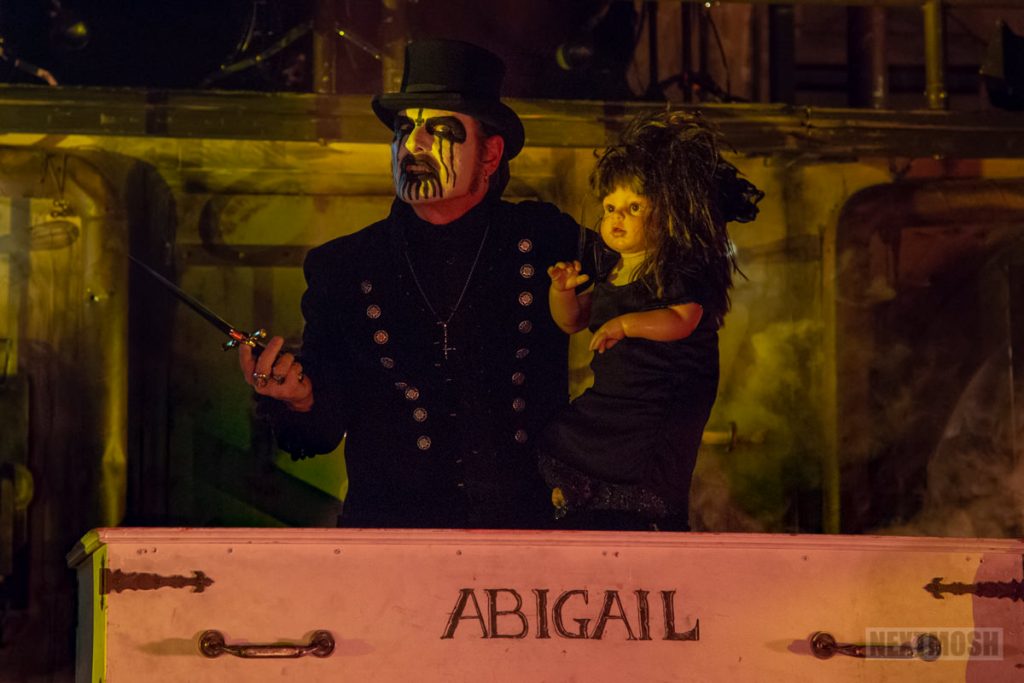 Heavy metal legend King Diamond has teamed up with Z2 Comics for the release of a graphic novel adaptation of the 1987 classic record, ‘Abigail.’ The comic was written by King Diamond himself, and also features writer Dan Watters (White Noise Studios) and artist Damien Worm (October Faction), and as per today’s reveal, is a “chilling new version of the story of Miriam Natias and Jonathan LaFey and an inheritance far more terrifying than even the haunted mansion in which it’s discovered.”

The announcement adds, “To celebrate this unprecedented pairing, Z2 Comics will offer an exclusive brand new Abigail graphic novel picture disc edition of this incredible album, featuring the front cover of the graphic novel, and on the back side, you will find both the original Abigail cover and an alternate cover painting by artist Torbjörn Jörgensen, available only with the deluxe and super deluxe graphic novel package, exclusively through the Z2 website, and available for pre-order now.” Get your pre-orders in HERE (the official release date is October 2021).

Regarding the project, The King says, “A graphic novel based on one of my stories is a dream come true for me. Working with a company like Z2 and the writer Dan Watters, and the graphic artist Damien Worm, is making this project the highest class one could wish for. Not just our own fans, but any fan of the horror genre, will enjoy the darkness and creepiness of this project. I simply can’t wait to personally be able to present this to you once we get closer to Halloween. Abigail has risen again.”

Publisher Josh Frankel comments, “King Diamond is as his name would imply, heavy metal royalty, and we are all his servants. I couldn’t be more honored to reward fans of comics and heavy music with what will most likely be one of the highlights of the year, and a high watermark for Z2’s direct artist collaborations overall.”

The graphic novel comes in both soft and hard covers, and, as noted, there are deluxe and super deluxe bundles available with extra goodies — here’s that pre-order LINK again. 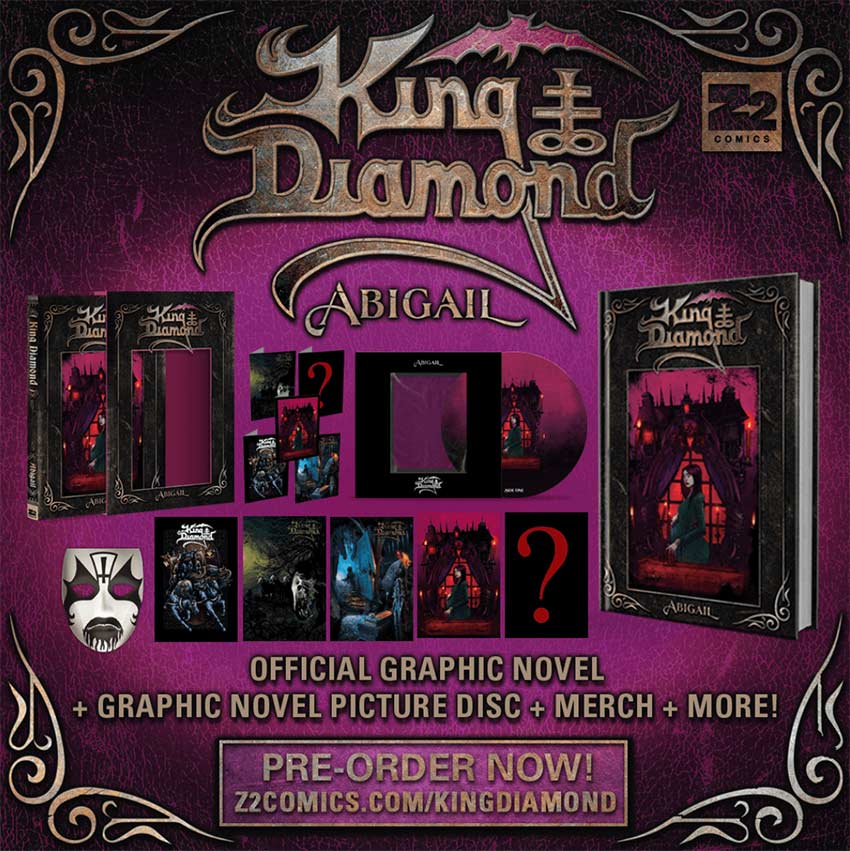