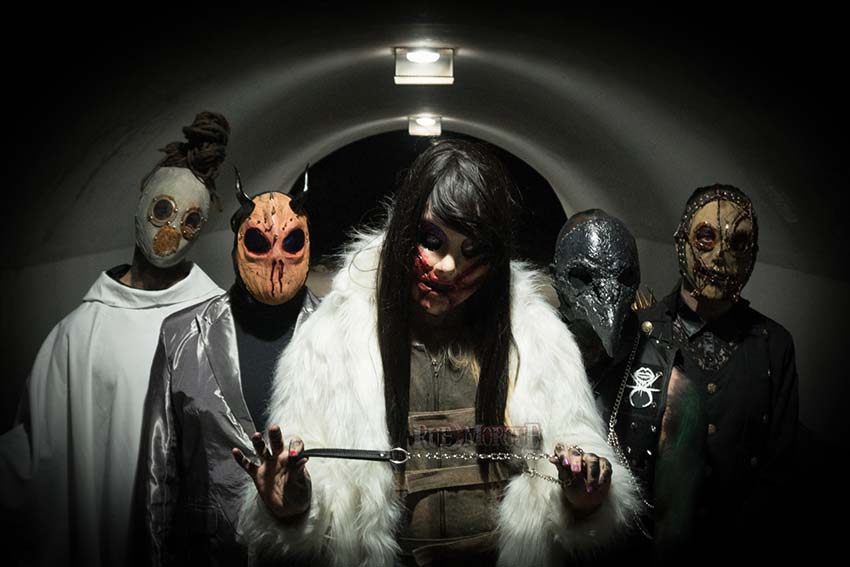 Alt-metal fiends Kissing Candice have premiered (via Knotfest) a new music video for their single “Raise Her” which will appear on the group’s upcoming full-length record. Check out the clip (directed by Tom Flynn) below.

“Sexy, creepy, uncomfortable, and just good old fashioned WEIRD! Tom Flynn and myself really pushed the visuals of this video as far as we could go without crossing that line,” stated lead vocalist and founding member Joey Simpson AKA Aunt Donna. “I want people to watch this music video and walk away saying, ‘what the hell was that?! I like it.’”

Regarding the song itself, guitarist Tommy “Dreamer” Sciro commented, “Raise her is a complete serotonin overload, saturated in fetishism in all respects. The song explores and exploits the different and varied ways humans tend to indulge themselves in whatever gets them off. This could include sexual/sensual things, all the way to having power and control and even extreme fetishism which includes violence, blood and pain.”