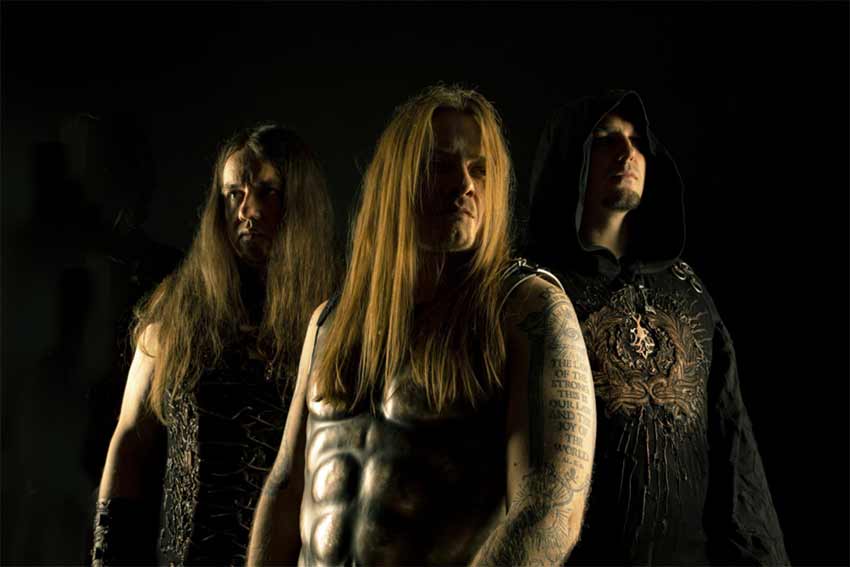 With over 20 years of experience and five studio albums under their belts, Hungarian black/pagan metal outfit Bornholm are no longer strangers to the scene. Now, the band is ready to present their exciting Napalm Records debut and brand-new, fifth studio album, ‘Apotheosis,’ out November 5, 2021.

Ever since bursting onto the scene in 2000, Bornholm has been an unstoppable force in the black and pagan metal realms, touring with household names like Ex Deo, Varg, Arkonaand many more. With their upcoming offering, ‘Apotheosis,’ the unit is ready to take its career to another level and set the stage with sinister first single “I Am War God.” Mixing significant, ground-shaking black metal elements, ruthless growling and heroic pagan accents, the band absolutely showcases their variety and sonic progression.

Bornholm on “I Am War God”:
“The song is about the ancient instinct of war and destruction of human kind, like a chisel in the hand of the sculptor forming the world when the time comes from century to century. We live hard and historical times and it’s gonna be harder than we could ever imagine. The wheels are turning by giant and ancient powers and this is what the lyrics are about. The will is the only thing that really creates, that moves the events forward… the will against will.”

Watch the new music video for “I Am War God” here:

Sahsnot (Guitar/Vocals) comments:
“The video was shot among the majestic woods and century-old ruins of Sweden in two parts. At first the scenes with the band members, and after a couple of days, the actors and the storyline. This is our first video that was made by a professional director, Johan Bååth, who worked with Watain earlier for example.”

Apotheosis not only showcases Bornholm’s tonal development, but also goes back to the origins of the band’s history and the heavy, often almost doomy influences mixed with indispensable atmospherically dark and raw flavor. Accompanied by sinister sacral sounds of historic proportions and a hypnotizing, incantatory chant, intro track “I Divine” heralds the dark ride to nowhere. It is precisely in the void between pagan and black metal that the sound finds its home, with tracks like “Spiritual Warfare” and “Black Shining Cloaks” – the latter of which featuring a magnificent guitar solo by Mike Wead (Mercyful Fate/King Diamond) – including its diabolic, atmospheric intro, “The Key to the Shaft of the Abyss”, representing the mellowness and extremes of the band. Along with the almost melodic borrowings and acoustic guitar inserts in combination with the pure rawness of “To the Fallen”, the record highlights the band’s variety and sonic progression. The title track “Apotheosis” is a slow, howling homage mixing aggressive, shrieking vocals and melodiously grim anecdotes. Album closer “Enthronement” closes the metaphorical and musical bracket and provides the 52-minute piece with a venerable, instrumental conclusion.

Bornholm add:
“So the day has come, the new album is coming! Its title is Apotheosis, which is a Greek originated word meaning deification, divinization and the glorification of a human to a divine level. It contains 11 tracks and drives deeper into our musical world and soul than ever before.

We had to deal with a lot of difficulties both in the studio and in our private life during the making, but somehow something was always guarding the birth of the record. Nothing stopped, not even for a single moment, no matter what happened. It was a great experience to go through this uprising while the world is going into another direction. We didn’t lack anything; fate was with us – so the birth of the record was a sort of magical experience. Step by step, everything was in place in time and, without tolerating the outside world, we built another one for ourselves.”

Get your copy NOW! 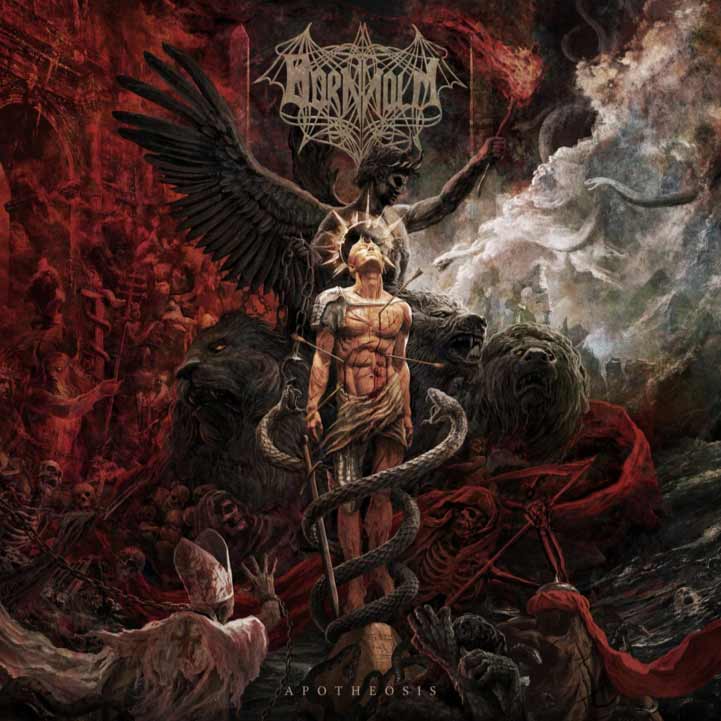 ‘Apotheosis’ track listing:
1. I Divine
2. My Evangelium
3. Sky Serpents
4. The Key to the Shaft of the Abyss
5. Black Shining Cloaks
6. Spiritual Warfare
7. Darkened Grove
8. To the Fallen
9. I am War God
10.Apotheosis
11.Enthronement