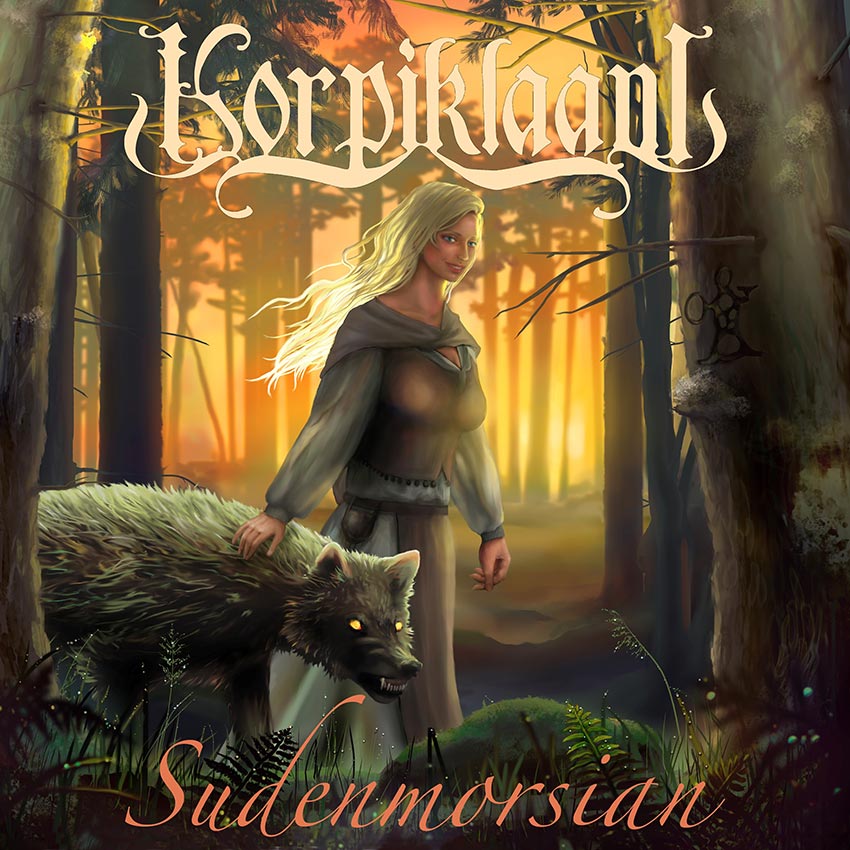 After celebrating the release of their unique Spruce flavored Vodka with a live stream held at the Pyynikin Brewery in Tampere, Finland, Korpiklaani are today releasing a very special cover. Their new single “Sudenmorsian” is their take on Powerwolf’s song “Where The Wild Wolves Have Gone”, which was recorded & mixed by Jonne Järvelä at his JonneStudio.

“When we were approached by Powerwolf, we agreed immediately and wanted to do something a little different and special. Once again Tuomas Keskimäki did his magic and adapted the lyrics into Finnish and made a fitting powerful tale. Of all the covers we have done over the years, this is one we are really proud of and cannot wait for everyone to hear this.”

Sudenmorsian (The Wolf’s Bride) tells the story of loneliness and lycanthropy. The story follows a man who is inseparable with his bride, but when summer’s gentle night’s pass and darkness comes, the man turns into a wolf. He realizes that if he surrenders to the call of nature, he’ll be destined to live alone.


You can also watch the Korpiklaani Vodka Release show, held on the 29 August 2020 as Video on Demand at korpiklaani.live. The show is available for an unlimited time.

You can watch “Tequila” with a drum solo in front of the beer tanks in the brewery: LINK. Order Korpiklaani’s Kulkija and more, here: LINK.