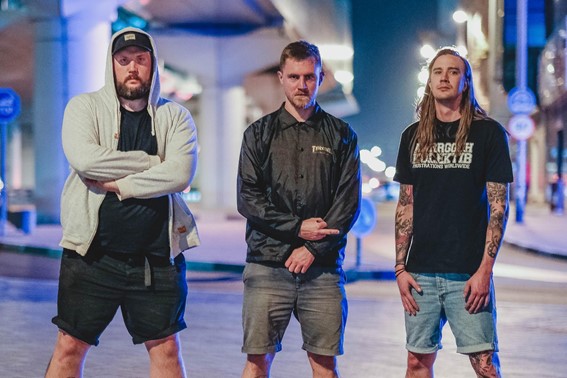 The track can be heard here: [LINK – embedded below]

Get the album here:
https://orcd.co/pvbab6r

If it’s burly, melodic, and fits together perfectly, it’s probably from Sweden. Leach certainly fall into the above categories, and their warts-and-all style of thrash ‘n’ roll is just begging for a throwdown.

‘Lovely Light of Life’ is their third major rodeo and, straight out of the gate, it’s a thrash, hardcore and rock ‘n’ roll mission statement. Leach have established a style and sound which is wholly theirs and which makes them stand out from the crowd. ‘Lovely Light of Life’ will be released worldwide on May 21st on the American label Brutal Records.

The record features a varied yet cohesive collection of relentlessly chugging grooves and anthemic riffs carved out of the foundation of rock itself. The band is anything but a one-trick pony and has a distinctive knack of using dynamic changes and sonic shifts to keep listeners captivated. Leach know how to get the pit started and can keep their audience hooked in until the very last track.

To top it off, the production strikes a perfect balance between crisp and rough-‘n’-ready – a tip to the skills of Christian Silver at Studiomega (Arch Enemy, Kreator, Soilwork, Dragonforce).

“Getting Björn to feature on one of our songs is of course a big deal. Us growing up in Sweden, Soilwork were such a big influence on us — still are. And Björn, being the pro he is, absolutely nailed it on the first try. Stoked to have him on one of our songs and definitely something we now can check off our bucket list.”

Coming from such a rich music scene as Sweden’s, a band cannot help but take some influence from their forefathers. In this case, the insistent energy of Raised Fist, the rock ‘n’ roll parts of latter-day Entombed, and the infectious melodies of The Haunted are all evident in Leach’s sound. The US also gets a look in, with Hatebreed’s snarling bravado and the thrash-fest of Exodus and Nuclear Assault all figuring into the melting pot.

Leach is a band built for the stage and, with live experiences that stretch from Europe to Dubai, the power and reach of their frantic energy has been proven. They are now hungry and eager to bring their sonic onslaught to all corners of the world. 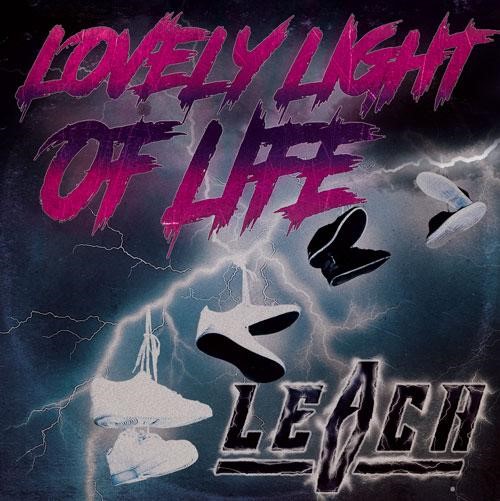