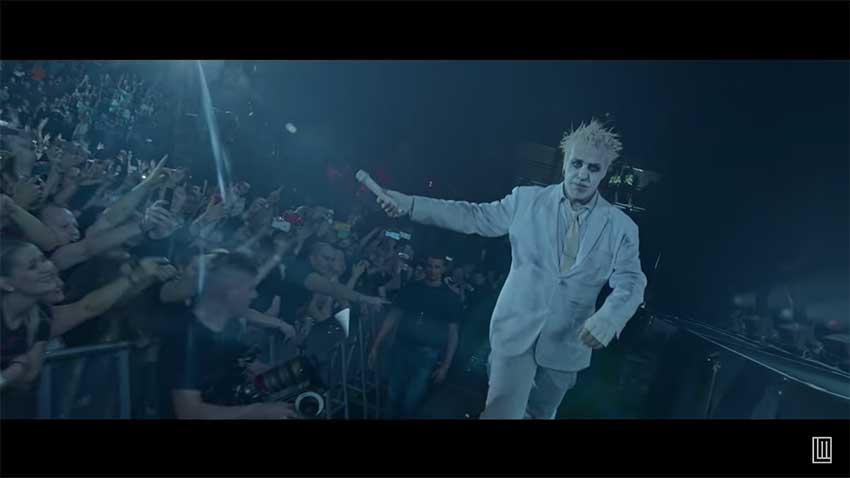 Lindemann (the solo project of Rammstein vocalist Till Lindemann) has released a new live video (directed by Serghey Grey) for track “Stef Auf,” which you can check out below.

The clip is part of the band’s new ‘Live In Moscow’ album/Blu-ray release, which is out now, here.