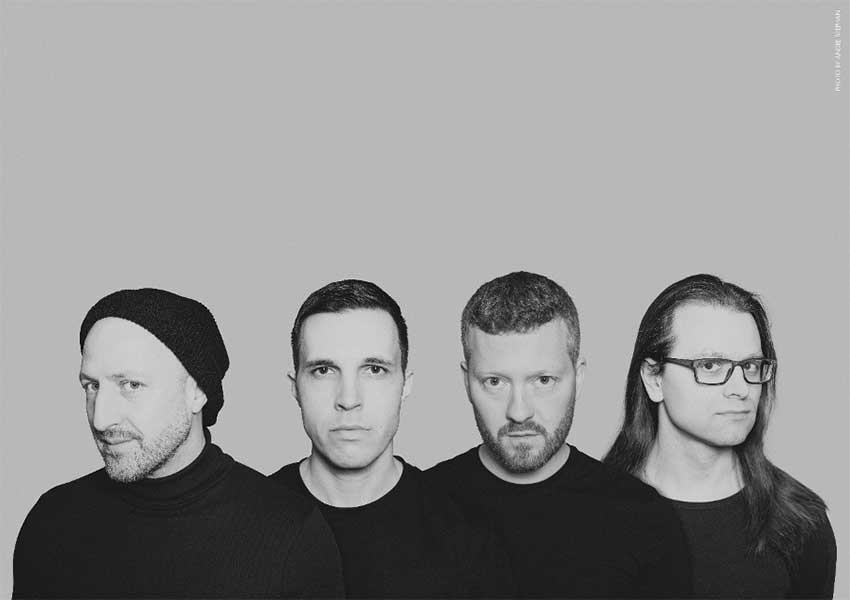 Long Distance Calling, Germany’s most internationally successful instrumental rock act, recently are set to release their seventh studio album ‘How Do We Want To Live?’ on June 26th, 2020.

Today the band launch the 3rd and final track to be released prior to the albums release, and you can watch the video for ‘Immunity’ here:


The band comments: “Please check out the 3rd single of our upcoming new record “How Do We Want To Live?”.

The song is called “Immunity” and we hope you’ll enjoy this tune as much as we do!
The video is very special for us. Some of the footage was shot by our community during the Covid19 pandemic.

Many thanks to all the talented filmmakers out there. On one hand the video deals with the fact, that the digital world we are living in has so much to offer as we are able to communicate with people from all over the world and share important information.
On the other hand all the technology and digital platforms are being misused to spread lies, hate, weird conspiracies.

Of course we are an instrumental band. But that cannot stop us from shouting against racism, xenophobia, homophobia and all that bullshit that is going on during these strange times right now.

So let us use this technical progress and this crisis to make this world a better place!
Big thanx and shout out to producer David Gregory and his team, who did a great job to make this video possible!

The band also recently announced a special album launch drive-in show on the 2nd July in Oberhausen, Germany. Tickets are on sale now and the band comments:

“Friends, you might have heard that we are going to release our new album “HOW DO WE WANT TO LIVE” on June 26th and of course we want to celebrate this with you! We got an invitation from the Autoarena in Oberhausen And of course we said yes for July 2nd. Due to the current situation no „regular“ shows are possible so this is a nice and interesting thing to try out and it fits really well to the „Seats & Sounds“ Concept, just sit in your car, grab some snacks and some cool beverages. The „Seats & Sounds 2020“ tour in in Support of the new album is not affected by this show, we still hope that can celebrate this special shows with you! Love LDC“

The band previously launched a striking video for the track ‘Voices’, a short film exploring the relationship between a human and AI. The video was created by AVA Studios and you can watch it now here: https://youtu.be/uWQQbQ9jqU4

Jan and Jansoch from Long Distance Calling have also launched a German-language podcast titled “Lachend in die Kreissäge” where they discuss the new album, and will also be inviting guests to join them on future episodes. Listen now here: https://lidkpodcast.podigee.io

‘How Do We Want To Live?’ sees the band forging a sharply defined & artistically tight exploration of the relationship between humanity and artificial intelligence, and the state of digital progress. Comprised of 10 tracks which contain all the classic LDC-trademarks whilst also bringing something completely fresh and unexpected to the table with their ambitious use of electronic sounds, a perfect symbiosis between man and machine.

‘How Do We Want To Live?’ will be available as a Limited Edition CD, Gatefold Black 2LP + CD & as Digital Album. A limited deluxe box-set will also be released, containing a special coloured edition of the album, an exclusive 7inch featuring two remixes, a beautiful poster featuring the albums stunning artwork by Max Löffler, and 4 individually signed art-cards all contained in a lift-off box. 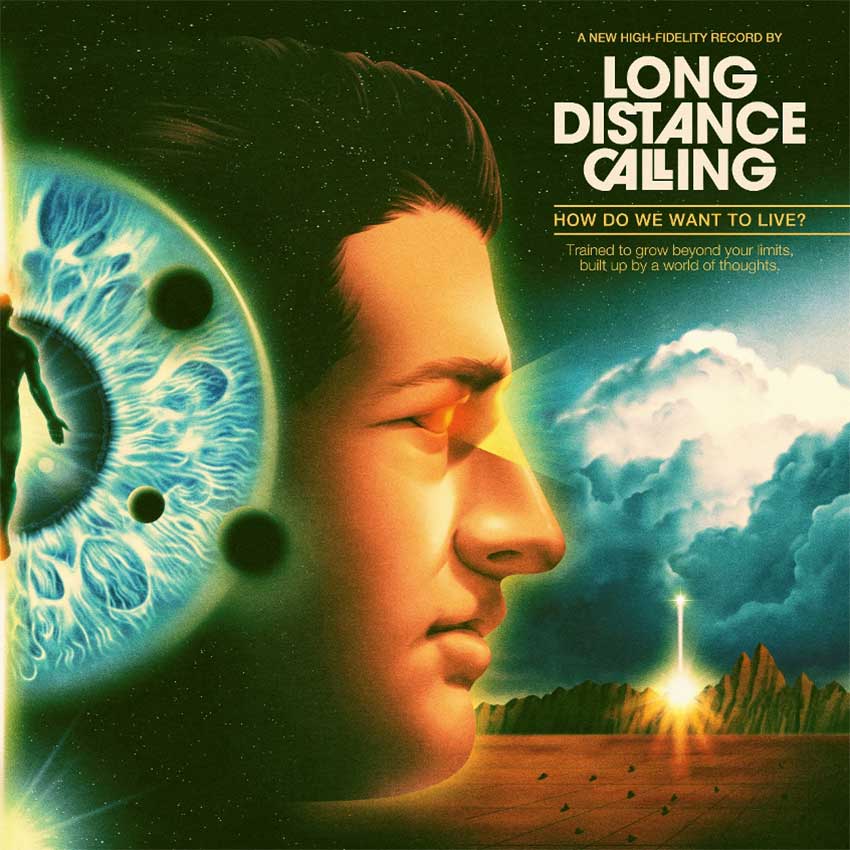 The full track-listing is as follows:

The track ‘Beyond Your Limits’ continues the band´s tradition of having one track with a vocalist, and features the talents of Eric A. Pulverich of the band Kyles Tolone. As the band comments: “We got to know him over our producer Arne Neurand. We were instantly fascinated by his voice and we wanted to show the quality of his voice and melodies.”

It was recently announced that the band have been nominated for the GEMA Musikautorenpreis 2020. This is an integral part of the German music landscape and unique in its focus on music writers. GEMA has been honoring composers and lyricists for their musical work in this way for 12 years, and is representative of the great diversity and the enormous range of fascinating works across genres.

LONG DISTANCE CALLING will return to the ‘Seats & Sounds’ format for a German tour in September 2020.