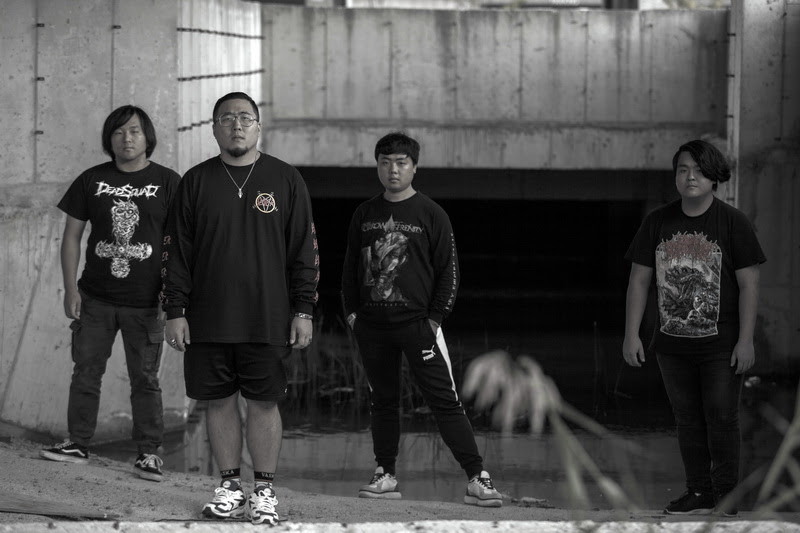 Loss of Infection is a South Korean deathcore band formed in January 2019 when Heewook-Lee, Seolmin kim and Jongwook-Shin left the band Tornself, which was active in Daegu, and recruited bass player Jaehyeop Oh, former member of Noa. In the early days, the group pursued a rather slow tempo, a doom element and a core tendency. Loss of Infection released their first single, Venom Prison (2019), but soon changed their style and released a second single, The Haunted (early 2020), which is faster and with a stronger tendency toward hardcore.

In the first half of 2019, the band mainly performed with local metal bands but in the second half of 2019, they started supporting major band such as Slaughter To Prevail, Within Destruction, Signs Of The Swarm. Loss of Infection are influenced by Chelsea Gran, White Chapel, Black Tongue, Falsifier, Thy Art Is Murder, Varials, Knocked Loose, etc, which features the development between death metal and hardcore but the group are also suitable for deathcore, doom and ambient audiences. They are currently recording the upcoming EP release Dark Dimension.