The band issued the following statement:

Dear fans and friends. We regret to announce the cancellation of our tour. It is unfortunate, but due to the worldwide pandemic, it’s unrealistic to think it will be safe to go on as planned.

It saddens us because this was to be the first leg of our tour supporting our newly released album “In The Name of Freedom”. Months went into planning, money, and resources to make this tour a reality. But it is best at this time to put people’s health first, this is priority one. Stay home and be safe! You can support us by getting a copy of our new album. We will look at planning another tour soon. Be safe and see you soon!

The tour dates were in support of the band’s new LP, ‘In The Name of Freedom‘ (out now on Pure Steel Records).

For ‘In The Name of Freedom” the inspiration was driven by Dave’s desire to write about ‘the men and women’ of our armed forces and about the lack of judgment among many media outlets that report without having all the facts – and how it divides people.

The album concept follows as part II to our first self-released album ‘The Aftermath’ that was inspired by the tragedy of 9/11. Vocalist Dave Franco took pen to paper and wrote about the tragedies and the heroism of first responders, soldiers and the survivors of this sad day in our history.

‘In The Name of Freedom’ is dedicated to the men and women of our armed forces that have sacrificed everything to protect our freedoms. As a band, we do not support war, but we are supportive of our troops and wanted to express our feelings about what they go through and the difficulties they face, from dealing with their own mortality and PTSD. It’s our way to honor them and say thanks. The album also has a song “Take Me Away” that relates to the way media outlets present news about shootings in our country and how before all the facts are known, they emit conclusions and judgments without knowing all the facts and how this has an effect on people by causing divide, riots, and misunderstandings.

Canceled Tour Dates: In The Name of Freedom US Tour 2020: 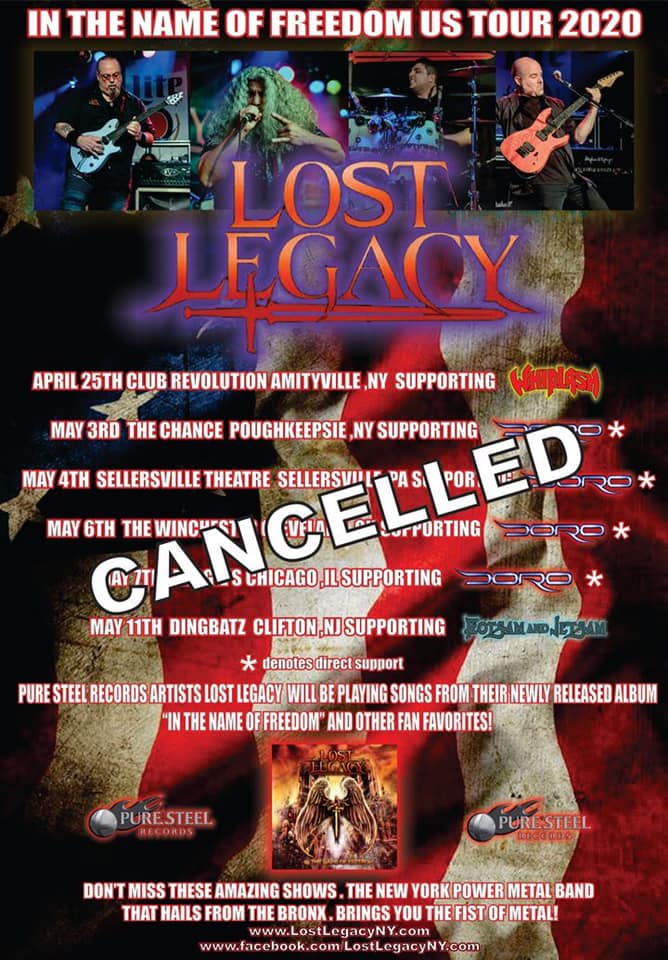