New York power metallers LOST LEGACY will be releasing their new album “In The Name of Freedom” on Friday, March 20, 2020 via Pure Steel Records. Before it’s officially out, the band has teamed up with MetalInsider.net for the album’s exclusive full stream HERE.

[You can also listen to new single “Take Me Away” HERE:]

Featuring forty-six minutes of pure metal, LOST LEGACY’s sophomore release is a concept album serving as an act II to their debut full length, which was inspired by the tragedy of 9/11.

“For ‘In The Name of Freedom” the inspiration was driven by Dave’s desire to write about ‘the men and women’ of our armed forces and about the lack of judgment among many media outlets that report without having all the facts – and how it divides people.

The album concept follows as part II to our first self-released album ‘The Aftermath’ that was inspired by the tragedy of 9/11. Vocalist Dave Franco took pen to paper and wrote about the tragedies and the heroism of first responders, soldiers and the survivors of this sad day in our history.

‘In The Name of Freedom’ is dedicated to the men and women of our armed forces that have sacrificed everything to protect our freedoms. As a band we do not support war, but we are supportive of our troops and wanted to express our feelings about what they go through and the difficulties they face, from dealing with their own mortality and PTSD. It’s our way to honor them and say thanks. The album also has a song “Take Me Away” that relates to the way media outlets present news about shootings in our country and how before all the facts are known, they emit conclusions and judgments without knowing all the facts and how this has an effect on people by causing divide, riots, and misunderstandings.

LOST LEGACY has been around since 1998 and their dedication to their craft shows. Having four excellent musicians and a vocalist that can play guitar and write riffs makes for a plethora of ideas. With Franco’s vocal capacity and range, it has transformed them to write music that enhances his vocal performances and gives the band the freedom to play intellectual metal.

For fans of Fates Warning, Metal Church, and Testament, LOST LEGACY is classic power metal with a modern edge.

In additional news, LOST LEGACY will be hitting the road for show dates with Whiplash, Doro and Flotsam and Jetsam this coming April and May. 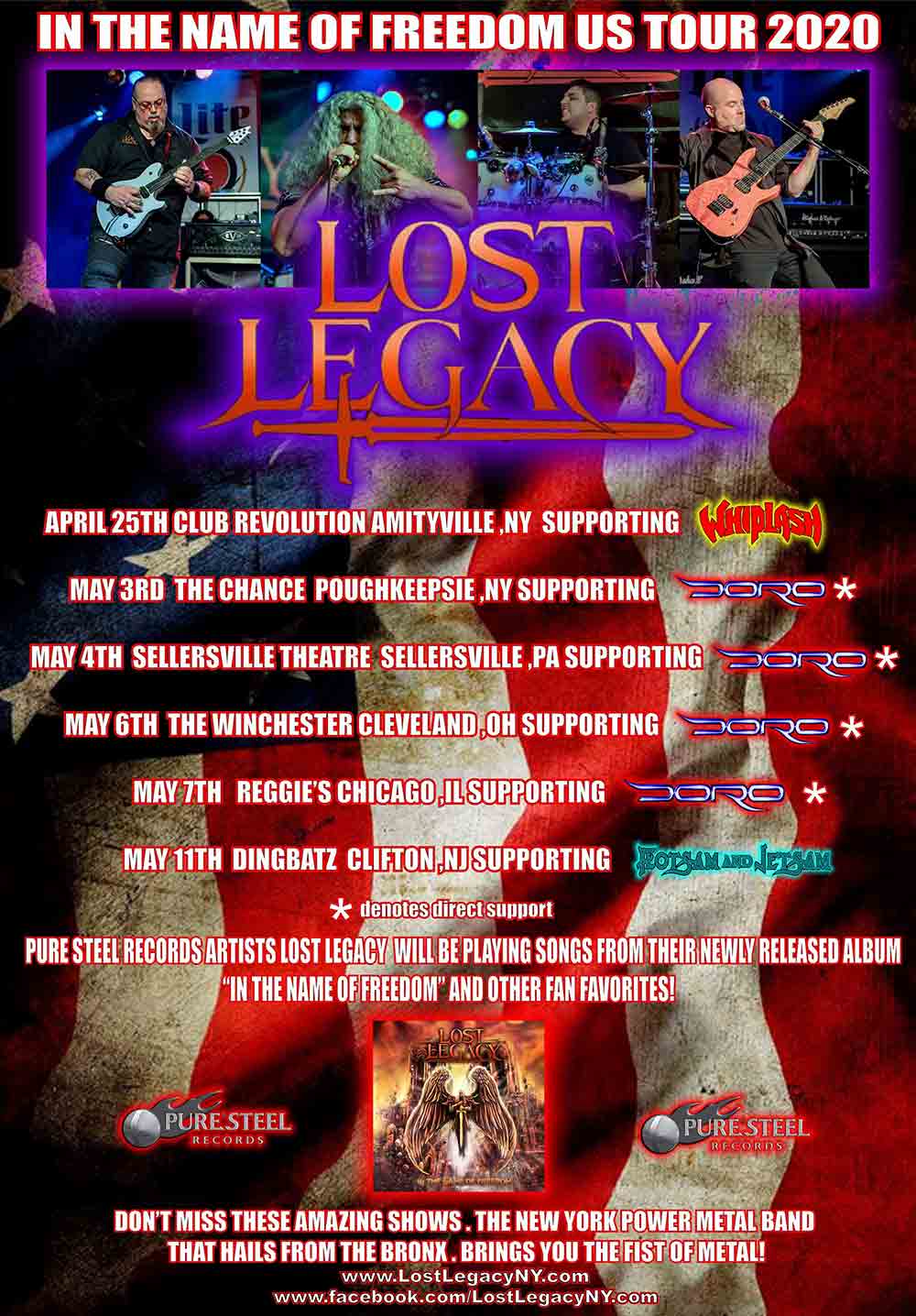