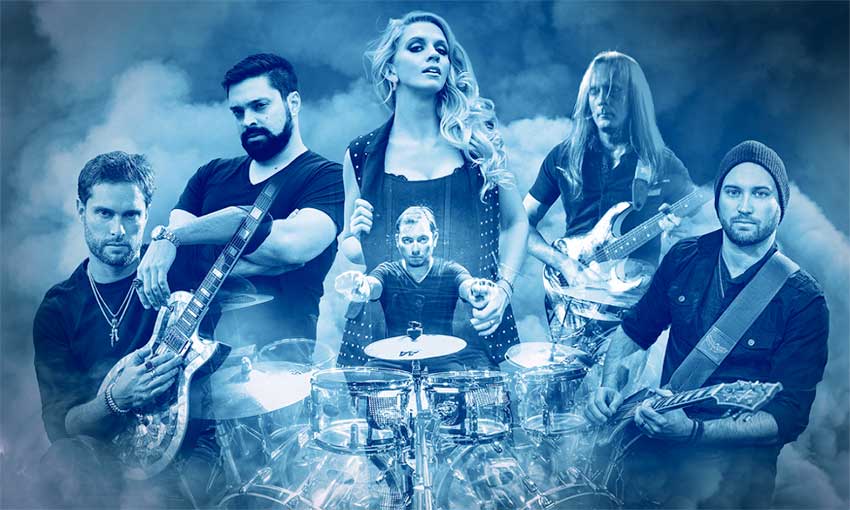 Watch the video – directed by Brian Cox (Bring Me the Horizon, I Prevail, The Used, Good Charlotte, Starset) – now via BraveWords at http://bravewords.com/news/exclusive-lost-symphony-premieres-no-exit-video-feat-david-ellefson-jeff-loomis-jimi-bell.

“‘No Exit’ is about feeling trapped to the point of panic,” says Lost Symphony leader Benny Goodman. “The music is the soundtrack to the torment that goes through your mind when one is deprived of their regular day. It’s truly a dream come true to be able to play with David Ellefson, Jimi Bell and Jeff Loomis on a song. Never in a million years did I think my anxiety would lead to my dreams coming true.”

Just months after raising the bar on classically influenced metal with their debut, Chapter I, Lost Symphony announced the October 16 release of its follow up, Chapter II, along with the single “Conflagration,” featuring the late Oli Herbert.

Primarily composed before, yet eerily perfect for the age of the Pandemic, the eight-track opus strains beauty through aural apocalypse. The collective founded by multi-instrumentalist and producer Benny Goodman and comprising his brother Brian (compositions, arrangement), Cory Paza (bass, guitar), Kelly Kereliuk (guitar), Paul Lourenco (drums), and Siobhán Cronin (violin, viola, electric violin) has once again welcomed a revolving cast of virtuosos to join them for the next phase. This installment includes Marty Friedman, David Ellefson, Jeff Loomis, Bumblefoot and many more.

Lost Symphony was set in motion when Benny Goodman invited guitarists Kelly Kereliuk and Conrad Simon to add another dimension to the classical demo he had composed. An early recording of “Leave Well Enough Alone,” which appears on Chapter II, made its way to All That Remains co-founder and guitar hero Oli Herbert, who quickly jumped aboard as a chief collaborator. Upon arrival, Chapter I immediately received widespread critical acclaim. Metal Insider described it as “the great collision between metal and classical music,” and BraveWords claimed it has “taken the scene by storm.”