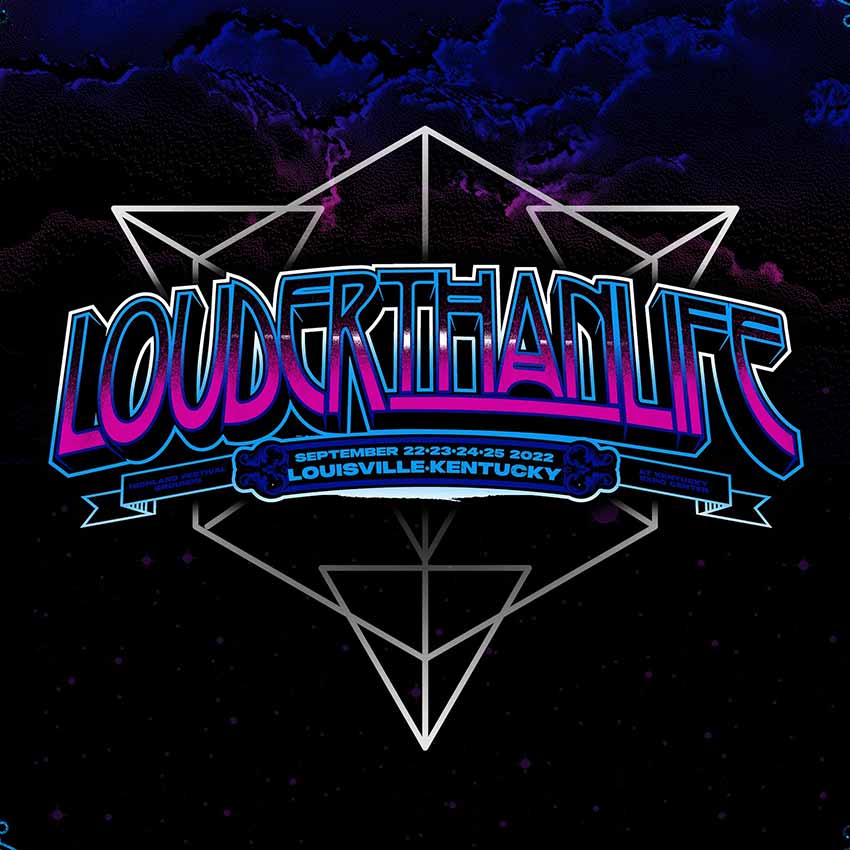 The Louder Than Life festival has announced its 2022 lineup, which includes the like of Red Hot Chili Peppers, Nine Inch Nails, Slipknot, KISS, Rob Zombie, Bring Me The Horizon and more. The gathering goes down from September 22-25, 2022 at Highland Festival Grounds at KY Expo Center in Louisville, KY. See full info below from the official press release.

When the 2021 edition of Louder Than Life concluded last September – having welcomed a record-breaking crowd of 160,000 people in Louisville, Kentucky – local newspaper LEO Weekly pondered, “How will DWP top this for Louder Than Life 2022? I don’t know, but I’m looking forward to seeing you all there again for it.”

Festival producers Danny Wimmer Presents have found a way to do just that with an incredible lineup for 2022, announced today, that will make Louder Than Life even larger than life this fall, September 22-25, at its home at the Highland Festival Grounds At KY Expo Center In Louisville, KY.

The massive list of talent includes nearly 100 music artists across four full days, headlined by Red Hot Chili Peppers in one of their first shows back with all four original members, Nine Inch Nails, Slipknot, and KISS, with additional must-see performances from Shinedown, Rob Zombie, Bring Me The Horizon, Alice In Chains (and a separate set from Jerry Cantrell), Alice Cooper, Incubus, Evanescence, Lamb Of God, Tenacious D, Yungblud, Chevelle, Papa Roach, Halestorm, Mastodon, In This Moment, The Pretty Reckless and many more.

Passes are on sale now for $10 down (through March 31) at louderthanlifefestival.com

Says Clown (M. Shawn Crahan) from Slipknot, “This is how you do festivals right. Four days of incredible music with so many talented artists. Slipknot is excited to share the stage with Nine Inch Nails, KISS and so many more. Stay safe, and we’ll see you in Louisville.”

Lamb Of God’s Randy Blythe adds, “We look forward to returning to Louisville for Louder Than Life 2022 and this time to share the stage with KISS, Slipknot, Red Hot Chili Peppers, Nine Inch Nails, and of course our Richmond, VA buddies in GWAR.”

The current Louder Than Life lineup is as follows (subject to change):

Known as the World’s Largest Rock ’N’ Roll Whiskey Festival, in addition to music, festivalgoers will also be able to enjoy four days of award-winning whiskey, bourbons, spirits, craft beer, and the best food Louisville has to offer, as well as sponsor activations that celebrate the bourbon culture and culinary heritage of this unique American city.

Tent and RV camping options are also available and include in and out festival privileges. The Louder Than Life campgrounds are adjacent to the festival grounds. Advance parking passes can also be purchased for single days and the full weekend.

“Jack Daniel’s is committed to supporting musicians now more than ever as we continue our long-standing connection to the music industry dating to Mr. Jack Daniel himself. Our strong relationship with Louder Than Life goes all the way back to their beginnings in 2014, and we’re excited to toast with them again in 2022,” says Greg Luehrs, Director Partnerships Jack Daniel’s, Brown-Forman Corporation.

We believe in quality before quantity. Please drink responsibly.

DWP also thanks non-profit partners Fxck Cancer, To Write Love On Her Arms, and Take Me Home. More partners and experiences to be announced closer to show.

Louder Than Life is produced by Danny Wimmer Presents, one of America’s largest independent producers of destination music festivals. Since debuting in 2014, Louder Than Life has continued to develop and grow. In 2019, Louder Than Life welcomed more than 128,000 fans over three days, earning its spot as the largest rock festival in America. For 2021, festival organizers added a fourth day, with the festival kicking off on Thursday and hosted over 160,000 concert goers.

The Highland Festival Grounds at KY Expo Center is located at 937 Phillips Lane in Louisville, KY. 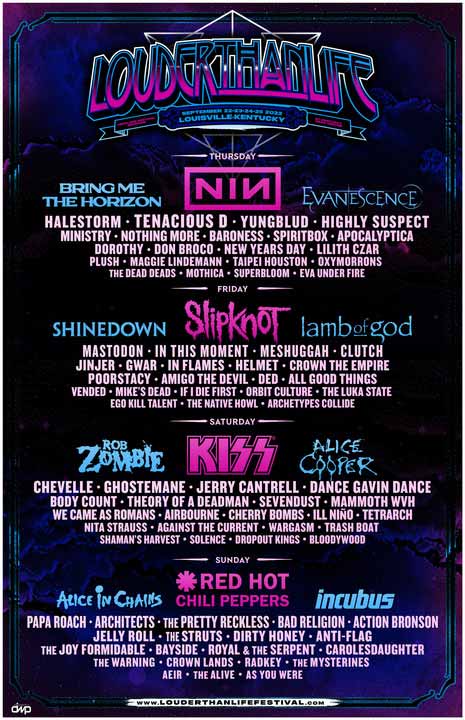