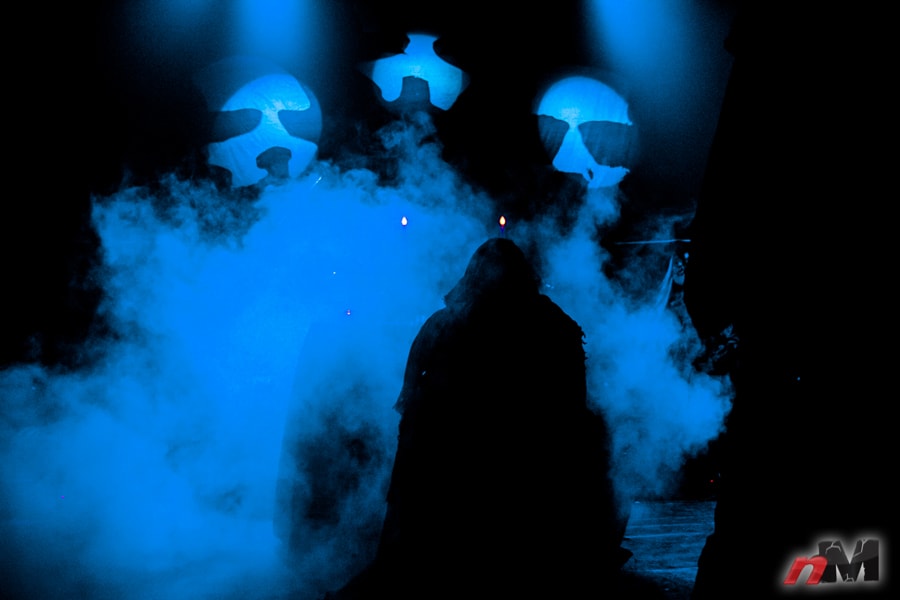 Legends in blackened metal Mayhem, Emperor and Enslaved have been confirmed to appear at ‘Beyond the Gates X,’ which takes place in Bergen, Norway from August 3 – August 7, 2021. Specifically, the three aforementioned acts will perform on Saturday (Aug. 7) at concert hall Grieghallen.

On August 7, 2021, black metal is coming home. For the first time in history, these three acts will team up for a very special concert in the spectacular confines of Grieghallen, where these highly influential classics were born.

«Grieghallen MCMXCIV» will see Emperor embrace three decades of imperial darkness, which was spearheaded by their Grieghallen legacy. Mayhem will perform their magnum opus, De Mysteriis Dom Sathanas in its entirety. Enslaved will revisit their debut, Vikingligr Veldi.

Never before has the public been given an opportunity to experience first-hand where the foundations of Norwegian Black Metal were laid, performed by the originators of it all.

What we were lacking in experience back then were duly compensated by youthful courage and the urge to create something that was uncompromising and grandiose. Pytten saw all these counterpoints, and with his experience and unique way of listening, he managed to fulfill what we set out to achieve the best possible way. Even if we were teenagers at the time, he always took our musical vision seriously and facilitated extremely creative days and nights in the studio.

This is going to be an amazing event to do – almost 30 years after we recorded De Mysteriis Dom Sathanas in the very same hall in Grieghallen. The drums on the recording has this same acoustics and echoes of the big concert hall where they were recorded, thanks to Pytten, our producer’s genius ideas. I have many great memories of pure creativity while we were recording the vocals as well. E.g. that Euronymous ordered a huge gong, also a Moog synthizer to add to the soundscape, and Pytten was always happy to fulfill our craziest ideas. Like I recorded the vocals in a pitch-black room with only candles around to create the right atmosphere. The window of the control room was covered with curtains so no one could see what I was doing… actually I was doing magical movements and forming mudras, even headbanging and jumping around sometime in pure extasy. I will never forget those memories. And now I just can’t wait to be back there again and to play the same music alive. It’s going to be pure black magic – like our destiny!

We are very proud to be part of Beyond the Gates 2021’s celebration of ‘Grieghallen 1994’ – a very powerful location on the time/space-axis of the Enslaved-universe. Working with Pytten in Grieghallen for our debut album Vikingligr Veldi was a fulfillment of a very strong-willed plan for the young Enslaved. There was an air of innovation, of dedication, of creating our own path in the then rather small network of pioneer bands that were recording in and releasing material made in Grieghallen. We will bring to the table a full rendition of one of our very favorite albums from our catalogue (we are allowed to say that with 15 albums under the belt, by the way) – 1994, Grieghallen and Enslaved all come together Beneath The Hammer: Vikingligr Veldi.

Beyond the Gates organizer Torgrim Øyre ended with:

We kind of have to pinch ourselves. To be able to experience these three groundbreaking artists together on one stage is just mind-blowing. Not only does Grieghallen bear a massive historical significance to the worldwide phenomenon that Norwegian Black Metal has become, but it is also one of the most revered concert venues in Scandinavia.

You could easily say that with their debut albums Emperor, Mayhem and Enslaved paved way for three different directions within the genre. Emperor with their symphonic leanings, Mayhem leading the flag for orthodox black metal, while the early Enslaved offerings inspired bands with delving into Norse subject matters.

With Mercyful Fate headlining the same venue Friday night, arguably the innovators of the black metal aesthetics, followed by Emperor, Mayhem and Enslaved, who took extreme music to new heights, this is just a combo almost too good to be true. We can’t wait for August 2021.

Tickets are available HERE. Check out Saturday’s flyer below. 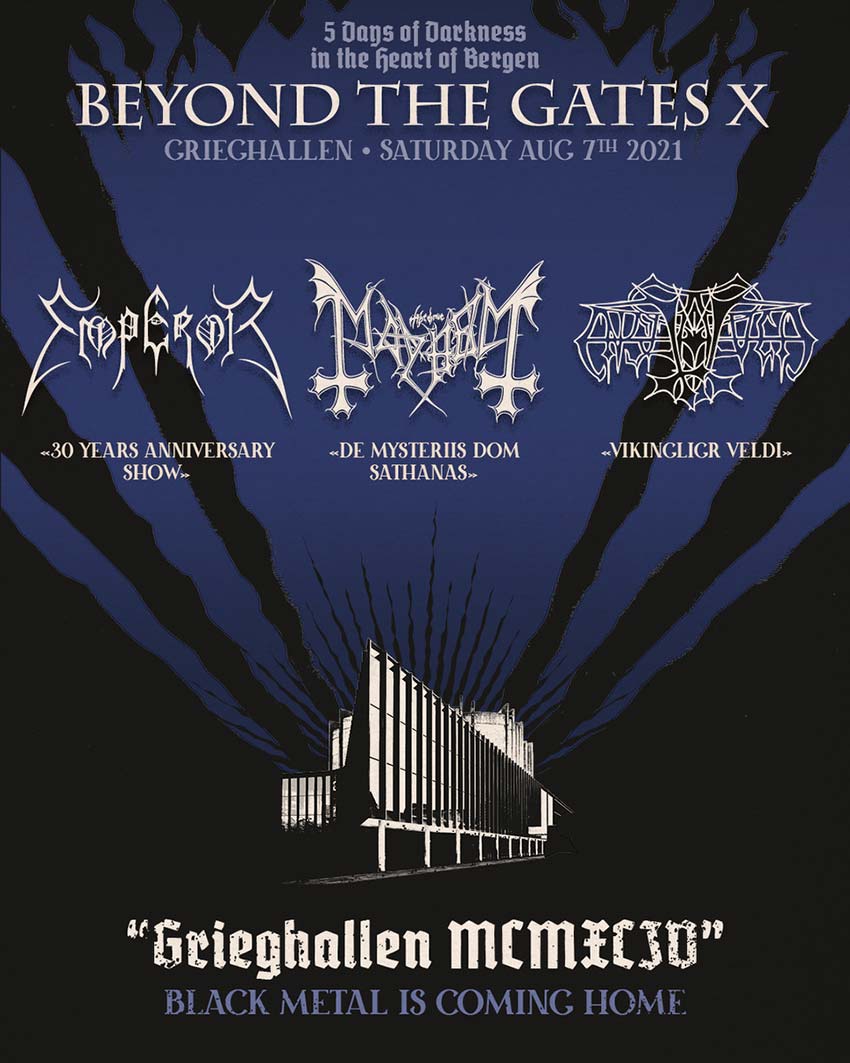