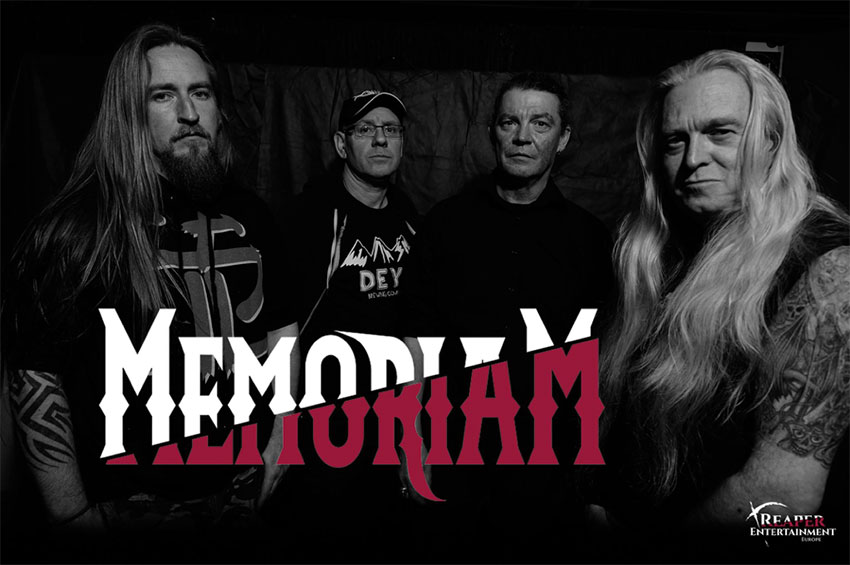 The band states:
“We are very happy that we have now signed with Reaper Entertainment. We are convinced that we can take another step forward with these guys. Flori has already worked with us during Nuclear Blast times and we know each other very well. We are looking forward to the cooperation. Look forward to a great new album!”

Flori Milz (Managing Director of REAPER ENTERTAINMENT) states:
“I got to know the band in 2017 at the listening session of the debut album “For The Fallen”. I will never forget this event. Not only because I met my wife there, but also because I never saw a party escalate that fast. Lots of alcohol flowed and the whole house looked like a battlefield. Since this evening I have a great friendship with MEMORIAM. So I am even happier that we could win the band for REAPER ENTERTAINMENT.”

MEMORIAM are going to enter the studio later this year to record the fourth album.
More Info about the new album soon.

Info:
MEMORIAM is a Death Metal band founded in January 2016 consisting of the famous veterans Karl Willetts (BOLT THROWER), Frank Healy (BENEDICTION, SACRILEGE), Andy Whale (Ex BOLT THROWER) and Scott Fairfax (Ex LIFE DENIED, BENEDICTION).
MEMORIAM was primarily developed to fill the void that was left following the tragic death of Martin “Kiddie” Kearns, the drummer from BOLT THROWER, back in September 2015.
BOLT THROWER subsequently placed all activity on hold for the foreseeable future which gave Karl Willetts an opportunity to develop a new project with friends that had expressed interest in forming a band for some time.

MEMORIAM are an old-school death metal band, maintaining the high standards set by their previous bands, focusing on the themes of death, loss and war. Initially the band members got together to play covers of songs that had influenced them throughout their careers within the death metal scene, however it soon became apparent that the new songs that they created were of a superior standard