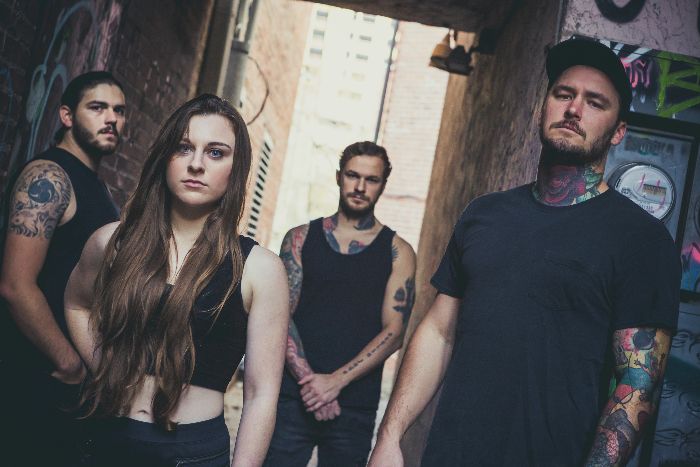 Mindscar, the brainchild of Richie Brown, has just released a stunning video for their song “My Masochist.”

Richie commented “We are very, very happy to finally give you the first taste of what we’ve been working on for the past couple years with our producer Jason Suecof at Audiohammer Studios! We filmed My Masochist music video and got covered in ticks in the woods in Florida with director Maria Jazel. The video is exclusively available on YouTube right now!”

Mindscar is an American metal band featuring vocalist/guitarist Richie Brown, guitarist Alyssa Day, drummer Tommy Beheler and bassist Terran Fernandez. The band originally formed as a group of friends in middle school in 1998. In the early days, Mindscar played several live shows, performed on national television, self-released several demos, received international airplay and publicity. In 2002, Matt Heafy of Trivium joined the band on guitar and back up vocals. After internal issues due to the age of band members, Mindscar was unable to tour and disbanded for over a decade.

In 2013, Mindscar resurrected and began touring with acts such as Vader, Vital Remains, Massacre and many others. On January 8, 2015, Mindscar independently released their debut full-length album titled “Kill The King” followed by multiple tours. In 2018, Mindscar entered Audiohammer Studios with producer Jason Suecof. On May 21, 2020, Mindscar released the music video for My Masochist directed by Maria Jazel exclusively on YouTube.