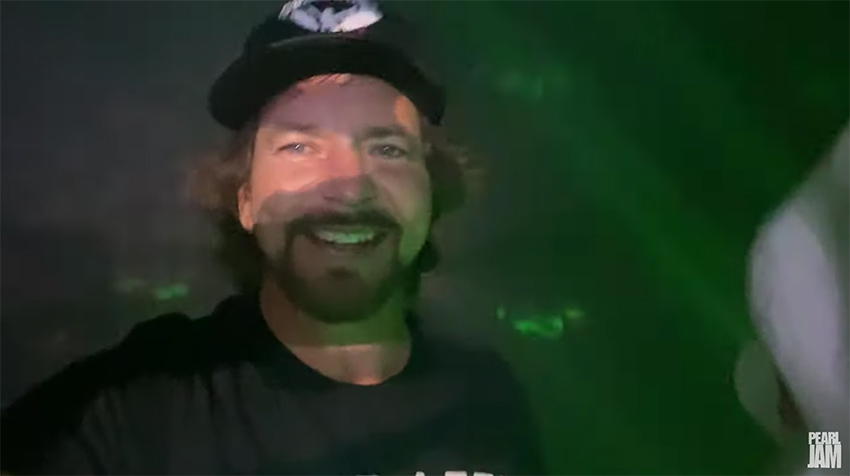 Legendary rockers Pearl Jam performed their single “Dance of the Clairvoyants” for the very first time as part of the “All In WA: A Concert for COVID-19 Relief” stream, which aired yesterday, June 24th.

Band members played out of their respective homes, locking into an unbreakable groove despite the distance. Reflecting the song’s spirit of experimentation, guitarist Stone Gossard picks up the bass, while bassist Jeff Ament gets behind the keys and dons a guitar. Matt Cameron holds down the beat as Mike McCready wails through the riffs under a blacklight. Meanwhile, vocalist Eddie Vedder sings waving a lighter as his daughters and wife Jill Vedder make a cameo in the background.

You can support the fundraising efforts at: https://pj.lnk.to/AllinWASID