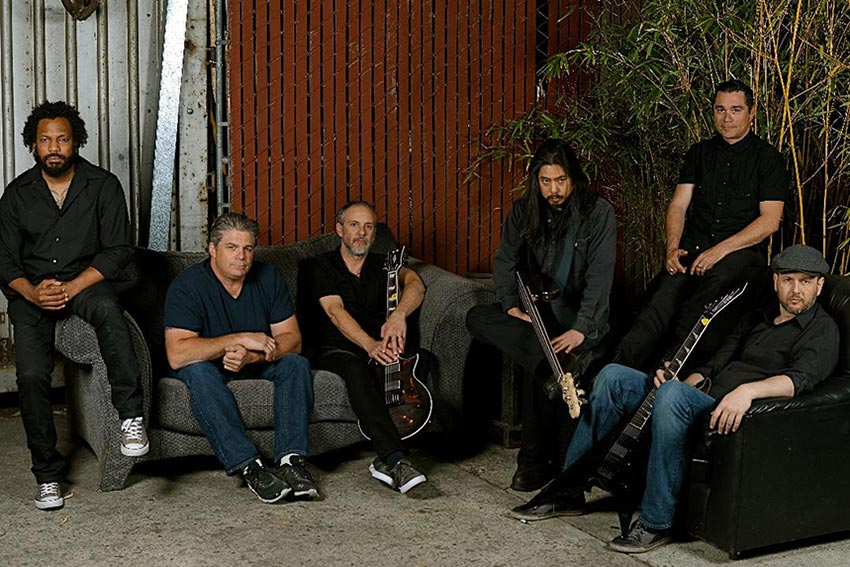 The acclaimed and influential crossover thrash band MORDRED has signed with M-Theory Audio. The group will release “The Dark Parade” – their first full-length record in over 25 years – in Spring 2021.

MORDRED was formed in 1984 as the burgeoning San Francisco Bay Area thrash scene was beginning its rise to global prominence. While mosh-inducing thrash formed the basic blueprint of their sound, MORDRED stood out as a unique presence thanks to their integration of funk-infused musicianship and hip-hop influences. The group was one of the first bands to explore those diversities in extremes, but as the dexterous bass performance of Art Liboon and innovative turntable work from band collaborator Aaron “DJ Pause” Vaughn provided a new spin on the thrash metal genre, MORDRED retained their metallic bark thanks to groove-laden shred from guitarists Danny White and James Sanguinetti, and energetic shout-along choruses spearheaded by vocalist Scott Holderby. That combination of thrash metal and exploratory soul powered three full-lengths on Noise Records between 1989 and 1994, from their revered debut “Fool’s Game,” to their even more eclectic sophomore follow-up “In This Life,” through their final – until now – record, “The Next Room.”

MORDRED formally reunited in 2013 for live performances, but outside of the release of lone single, “The Baroness,” in 2015, fans would have to wait for new music until this past summer. Longtime fans of the band were finally satiated with the June 2020 release of the four-song EP, “Volition.” The new songs saw the band – which now consists of five-sixths of the classic lineup, plus new drummer Jeff Gomes (formerly of Fungo Mungo and MIRV) – reviving the sounds that led them to become cult favorites 30 years ago. The group recently released a music video for “Not For You,” the lead-off track from “Volition,” for viewing at https://youtu.be/CQnBh2Jakug. Limited CD and vinyl releases of “Volition” are also now available for purchase at https://m-theoryaudio.com/store.