UPDATE 4/11: Venues for this tour have been announced, see below. In addition and unfortunately, Noctem are no longer on the bill.

European black metal bands Mörk Gryning (Sweden) and Noctem (Spain) will join forces with U.S. BM acts Arsantiqva (NY), The Noctambulant (FL) and Promethean Horde (FL) for a string of U.S. tour dates in April and May — see all confirmed shows below ().

Currently signed to Season of Mist and supporting their sixth studio record ‘Hinsides vrede,’ Mörk Gryning were scheduled to set out on their first-ever U.S. tour in spring of 2020 with Arsantiqva in tow, but, of course, the pandemic hit and the trek was pushed to spring 2021, and eventually moved again to 2022. This time around, the outing has been beefed up with the stellar addition of Noctem (performing in select markets), The Noctambulant and Promethean Horde (also in select markets).

In addition, the upcoming shows will see Mörk Gryning joined by their long time friend and former live band member Stefan “Stoach” Lundgren (Sectu, ex-Horrid, ex-Necromicon), who will temporarily take over for Mattias “Avatar” Eklund as the shredder is currently unavailable. The band’s next show happens this weekend at the ‘Black Mass GBG’ festival in Gothenburg, Sweden with Thyrfing, Wormwood, Avslut and others (get more info).

In the world of Noctem, the band completed the recording of their new record in late 2021, and are gearing up to reveal new songs soon. The impending opus follows the band’s 2019’s effort ‘The Black Consecration’ — stay tuned for more. 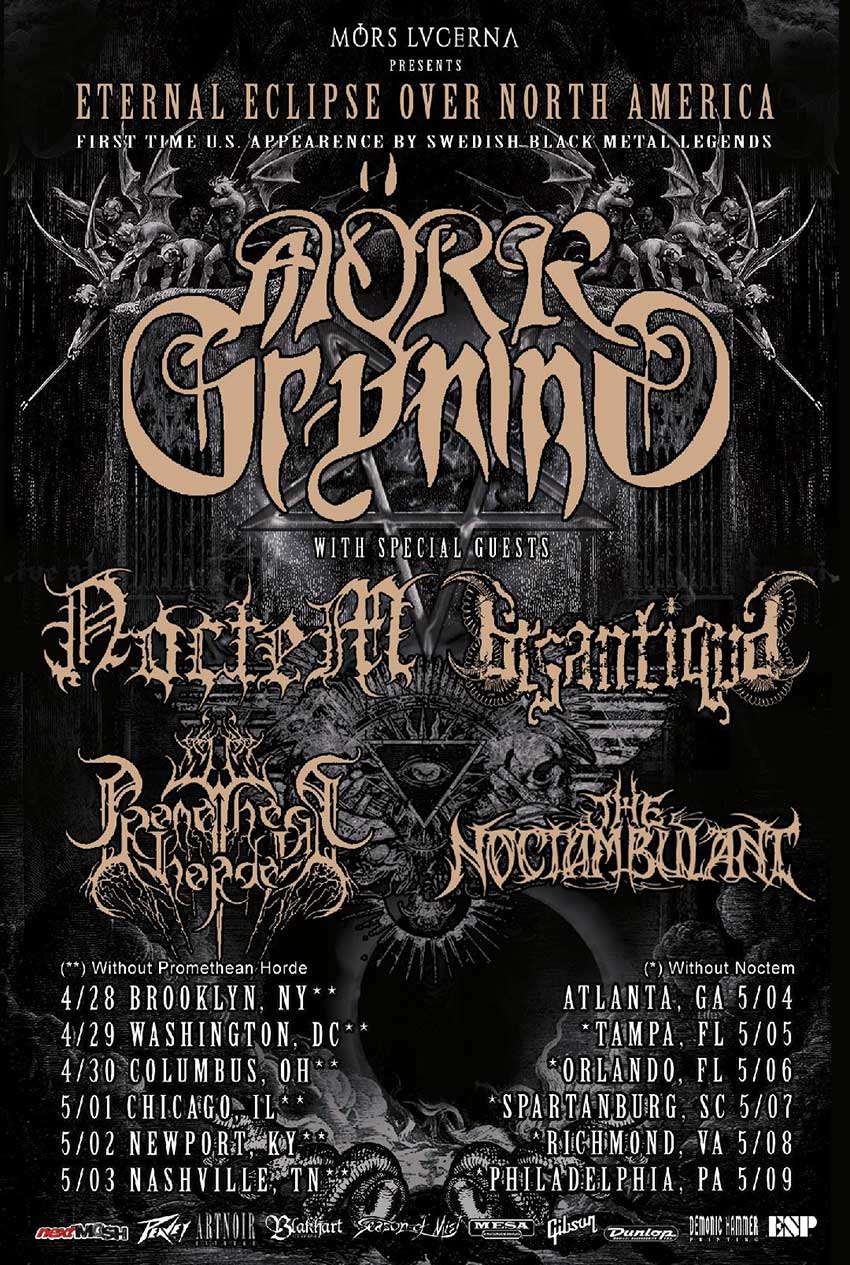