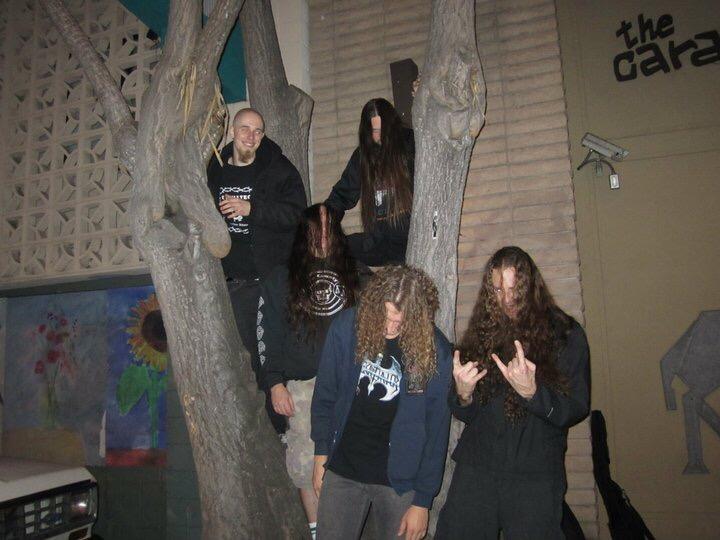 Decibel Magazine is currently streaming the Among The Lost and Mors Immortalis demos from San Jose death metal practitioners MORTUOUS in full. The two long out-of-print recordings will be released on one CD this Friday via a joint partnership between Carbonized Records in the United States and Triumvirate Of Evil in Colombia.

Tracks one through six contain MORTUOUS’ 2012 demo – initially released via Transylvanian Tapes then reissued in 2015 as a limited 12″ MLP entitled Among The Lost through Netherlands-based Dawnbreed Records – while tracks seven through ten contain their 2009 demo, Mors Immortalis, originally released through Skeleton Plague Records in 2010. Among The Lost was recorded at Earhammer Studios between February through April 2012 and engineered and mixed by Greg Wilkinson. Mors Immortalis was recorded, engineered, and mixed by founder Colin Tarvin in December 2009.

Stream both demos alongside an interview with founder Colin Tarvin at Decibel Magazine HERE.

Among The Lost / Mors Immortalis will be released in a limited run of 500 copies (jewel case with eight-page booklet included) with artwork by Joe “Ravager” Romero on March 6th. For preorders, visit the Carbonized Bandcamp page HERE or website HERE. Visit the Triumvirate Of Evil website HERE.

MORTUOUS will bring their sonic brutality to Mexico for the first time later this month to play Total Death Over Mexico III before kicking off a two-plus week European takeover with Copenhagen death metallers, Hyperdontia. The Eternal Evisceration Over Europe 2020 trek commences April 24th in Denmark and comes to a close May 9th at Graveland Fest in the Netherlands. See all confirmed dates below.