Myles Kennedy have announced his first solo headline tour in over 2 years in the form of ‘The Ides Of March Tour.’ The 15-date trek, featuring support from Tyler Bryant and in support of Kennedy’s newest solo offering titled ‘The Ides of March,’ will jump start on September 7th in St. Petersburg, FL and will make stops in Atlanta, Des Moines, Nashville, New York and more — see all tour dates below.

See all tour dates and the flyer below. 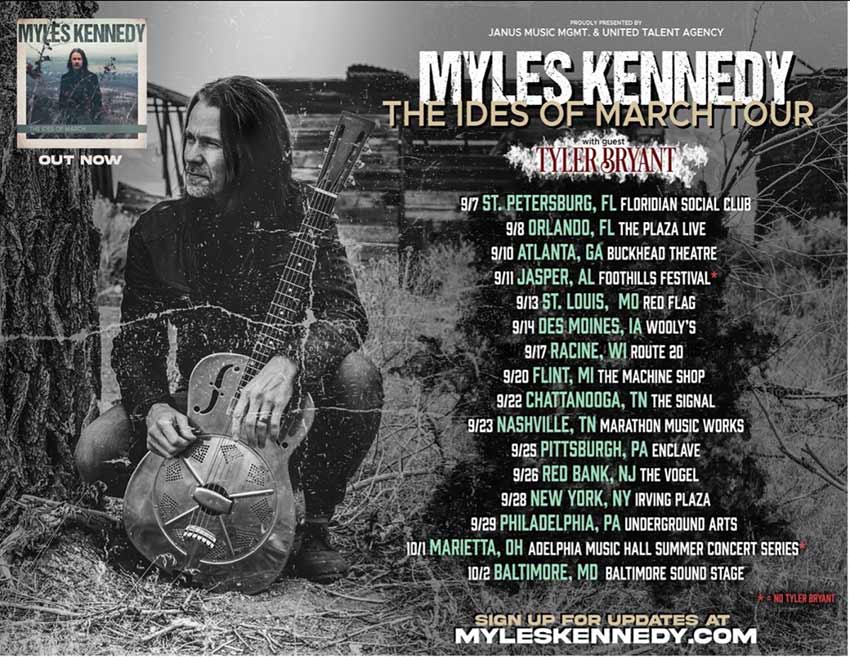