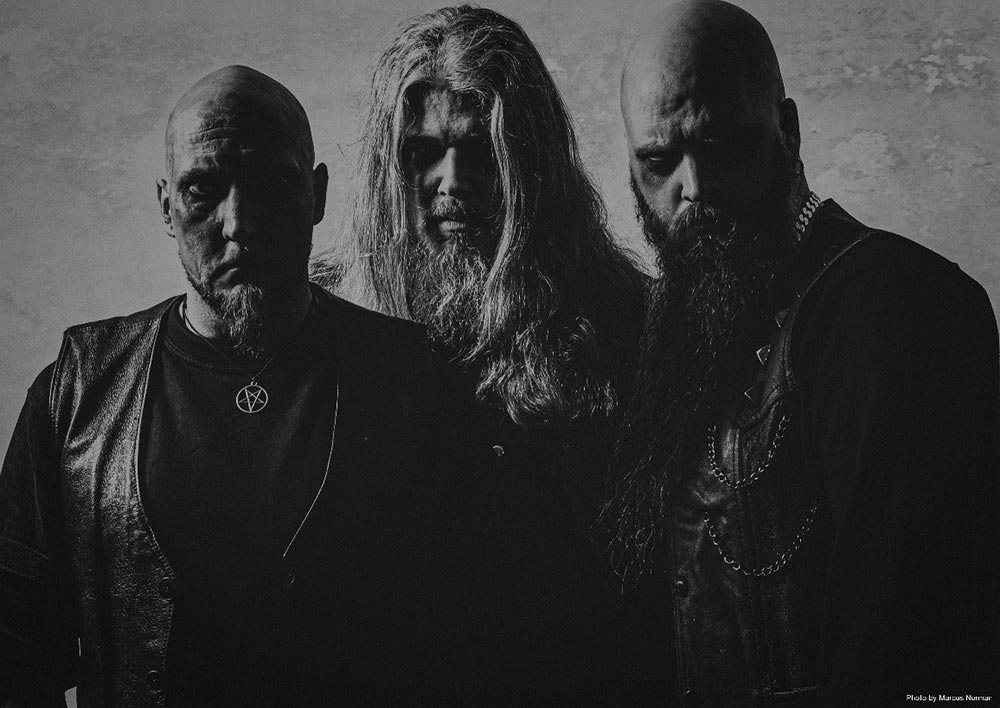 Swedish melodic black metallers Naglfar have revealed the official clip for their new single “Cerecloth,” which appears on the band’s upcoming new album of the same name (out 5/8 on Century Media). Stream it below.

We are proud to hereby reveal the title-track from our upcoming album. ‘Cerecloth’ marks our first cooperation with Umeå-based Arevärn Film, and we couldn’t be more pleased with the result. This is a perfect presentation of what NAGLFAR is about in the year 2020. We hope that you will enjoy.

It has been a long eight year stretch between releases for Umeå, Sweden’s black metal nihilists NAGLFAR, but despite the eight year wait, the band hasn’t been resting on their laurels. Like any slumbering beast, NAGLFAR have returned from their respite ferocious and hungry with their seventh full length album Cerecloth, which is due for a worldwide release on May 8th, 2020. Recorded and mixed by NAGLFAR guitarist Marcus Norman at Wolf’s Lair Studio, and mastered by Dan Swanö at Unisound, the underlying musical and lyrical themes of Cerecloth were succinctly and confidently described by guitarist Andreas Nilsson: “The usual death and destruction.”

Naglfar will be performing a handful of live shows this spring and summer, consisting of mostly European appearances and a stop at LA’s ‘California Deathfest’ in June. All dates are below.